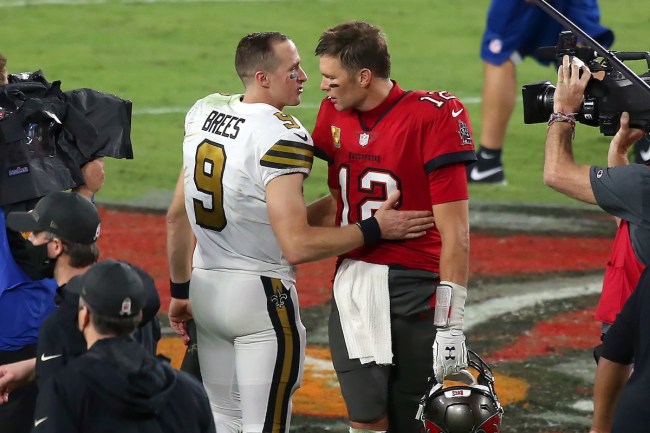 Mad respect to Adam Schefter, ESPN’s resident NFL insider, who has been breaking news around the league for the past couple of decades. The guy is always on his phone, and always in the know, messaging with sources and teams about all the potential movement in a busy NFL offseason — especially this year, where it seems like it’s going to be crazier than normal.

Given his knowledge and connections, you just know Schefty has stories about things that the general public has no insight on. And, as somebody who loves the proverbial “what if…?” scenario in sports — like this piece I wrote about Michael Jordan’s comeback in 1995 — Adam Schefter tossed out a serious one during a recent appearance with Dan Patrick.

Obviously, two huge questions last NFL offseason surrounded future Hall of Fame quarterbacks Tom Brady and Drew Brees. The former was presumed to be leaving the Patriots, which he did. The latter was contemplating retirement, which he put on pause for at least one more year. But had Brees walked away, could Brady have replaced him on the New Orleans Saints instead of signing with the Tampa Bay Buccaneers? Schefter hinted at that while talking with Patrick.

Look, nobody knows for sure what Tom Brady was thinking last offseason until he decided on signing with the Bucs. He ended up having an absurd season statistically, and, as we know, finished the year with his seventh Super Bowl title. But could it all have happened with the Saints? Adam Schefter gives enough of a hint to wonder — even if there were some initial reports that this could’ve been a possibility last year.

Problem is, Schefty does nothing more than just tease the idea, and abruptly stops himself from going down a rabbit hole of hypothetical situations. Sure, it would’ve been a waste of breath because Drew Brees didn’t retire and Brady didn’t land with the Saints in the end, but, man, what does Schefter know that we don’t about the possibility of this happening last offseason? I need answers.

Maybe one day the ESPN insider will dive more into the details of what he heard last NFL offseason about Brady replacing Brees. For now, sadly, we’ll just have to imagine “what if…?”, and just hope that we run into Schefty at a bar and get him to open up about this over a few cocktails.