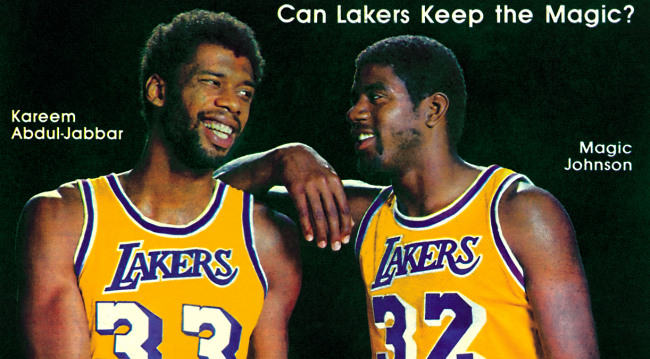 HBO’s latest hit show, Winning Time: The Rise of the Lakers Dynasty, only took one episode to start ruffling feathers and it hasn’t gotten any less controversial since.

The NBA was mad about Winning Time because HBO reportedly made the docuseries without getting permission to use the league and team trademarks.

Jerry West, the former Lakers star, coach and general manager, has been demanding a public apology and retraction for his portrayal in the series and has even threatened to take his case all the way to the Supreme Court if necessary.

Numerous people associated with the Lakers came to West’s defense and stated that he is nothing like the character on the show. They also took issue with some of the ways the late owner of the team, Dr. Jerry Buss, was characterized.

“The guy in the show playing Jerry and the Jerry I worked with for 14 years is not the same guy,” said Mitch Kupchak, a former player and front office executive for over 30 years with the Lakers. “Jerry was passionate but never lost his temper and threw things. Never. I would know.”

One of the main characters on the show, Lakers Hall of Famer Kareem Abdul-Jabbar, was a little more diplomatic in his criticism of Winning Time.

While stating in a blog post that his issues have “nothing to do with how I’m portrayed” or the “need for a factual account of those years.”

“I’m 75, folks, and have been dealing with positive and negative descriptions of me for 55 years and I long ago accepted that it’s just part of the celebrity gig,” he wrote. “There’s very little that anyone can say about me — whether it’s true or false—that will affect my life. Especially in a TV show.”

That, however, hasn’t stopped others from coming to Abdul-Jabbar’s defense.

Airplane! filmmakers take issue with how Kareem Abdul-Jabbar is being portrayed in Winning Time

Jim Abrahams, David Zucker and Jerry Zucker, the directors of the 1980 comedy hit Airplane! took specific issue with a scene in Winning Time where Kareem supposedly told a child actor asking for his autograph, “F— off, kid.”

In a letter to the Los Angeles Times, the trio wrote, “We had never seen anything like that on the Airplane! set.

“In fact, during the Airplane! shoot, and in the years since, we’ve found Kareem to be both professional and kind. When we saw Kareem’s recent article, we contacted Ross Harris, the actor who played the child in Airplane!, for his response.

“He said, ‘It absolutely did not occur,’ and went on to say that ‘the entire experience with Kareem was positive’ and that he ‘had never been contacted by Winning Time.”

Abdul-Jabbar, however, can be counted among those who don’t like the show’s depiction of Jerry West, writing on his blog, “It’s a shame the way they treat Jerry West, who has openly discussed his struggle with mental health, especially depression. Instead of exploring his issues with compassion as a way to better understand the man, they turn him into a Wile E. Coyote cartoon to be laughed at. He never broke golf clubs, he didn’t throw his trophy through the window. Sure, those actions make dramatic moments, but they reek of facile exploitation of the man rather than exploration of character.”

In a letter sent to HBO, Warner Bros., Discovery and Winning Time executive producer Adam McKay, West’s attorneys wrote, “You reduced the legacy of an 83-year old legend and role model to that of a vulgar and unprofessional bully — the polar opposite of the real man.”

They do have a point, even if, as HBO has repeatedly stated in its defense, Winning Time is “not a documentary and has not been presented as such.”