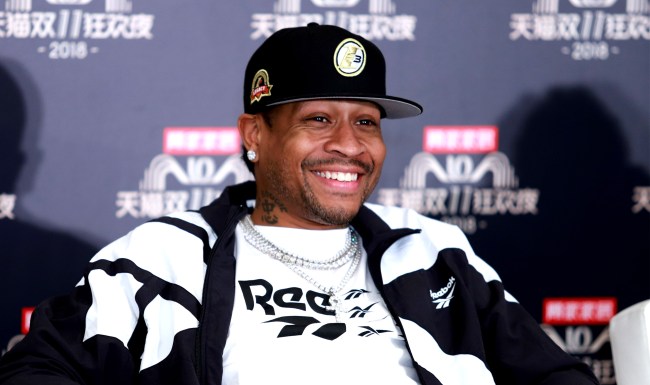 The Hall of Famer was a four-time scoring champion, won the NBA MVP in 2001, played in 11 All-Star games, won two All-Star game MVP awards, and was NBA Rookie of the Year in 1997. Iverson has the seventh highest points per game average in NBA history at 26.7, so he is definitely ond of the 50 greatest players in NBA history.

He will also be cashing a check for $32 MILLION from shoe company Reebok in the year 2030 – 20 years after playing in his final NBA game.

That’s right. Iverson, who just turned 45-years-old, will be getting paid $32 million by Reebok when he is 55-years-old and 30 years removed from playing in the league.

Even Bobby Bonilla thinks Reebok made a bad deal here.

When he first came into the NBA, Iverson immediately became the face of Reebok, signing a 10-year, $50 million contract with the shoe company. And he still collects $800K a year from Reebok to this day.

Back in 2018, Reebok Chief Executive Officer Matt O’Toole tried to justify the company still paying Iverson so much money.

“He’s an iconic personality,” O’Toole told Bloomberg. “Let’s get on a plane to Shanghai together. You bring Allen Iverson into a market like that. I’ll stand firmly that he has a big place in basketball and sports history.

“He has a place in our heritage, and there is a group of consumers who want to connect to that,” O’Toole continued. “He’s relevant for a lot of our consumers.”