Sources Claim The Saints Are Open To Trading Alvin Kamara And, Oh Man, That’d Be So Dumb 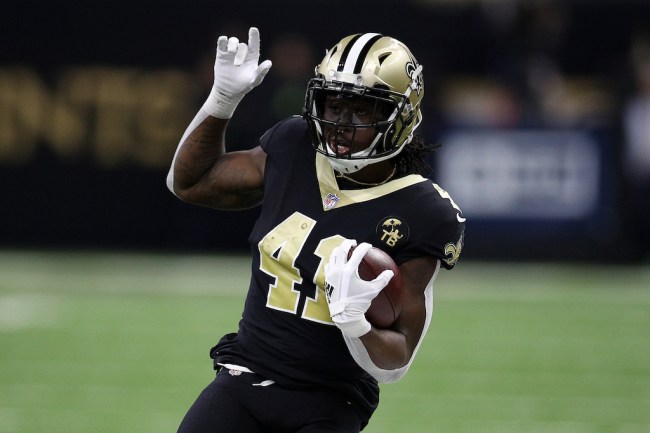 Welp, it seems like Alvin Kamara and the New Orleans Saints have already reached their collective boiling point after the three-time Pro Bowl running back has held out of training camp in hopes of a new contract. That’s because, according to longtime football journalist Josina Anderson, the team is “open” to trading Kamara — which is fucking bonkers.

I'm told the Saints are open to trading RB Alvin Kamara, per source.

Now, this isn’t to praise Kamara as the second-coming of a football god, but, in his first three seasons in the league, the dude has amassed over 4,400 offensive yards, totaling 37 combined touchdowns split between rushing and receiving, so to suggest that he gives opposing defensive coordinators nightmares is an understatement. Point blank: The dude is a monster who impacts the game in so many ways.

Although Alvin Kamara might not be at the level of a Saquon Barkley or Christian McCaffrey, he’s not too far behind. In fact, it might be because Kamara plays with a future Hall of Fame quarterback in Drew Brees, who tends to steal the attention and earn the praise for guiding the Saints to the playoffs nearly every year. But, do you know what the Saints’ record was in the three years prior to drafting Kamara? 7-9 each time. It’s been 11-5, 13-3 and 13-3 with him — so, yeah, he kind of makes a difference.

Seriously, if you’re a Saints fan, do the names Ty Montgomery and Latavius Murray sound sexy to you? Do you really think those guys are going to rack up big plays and stretch the field and set up matchup nightmares and tally thousands of total yards in the upcoming NFL season? I’ll tell you right now: No.

If the Saints are seriously “open” to getting rid of Alvin Kamara, they’re fucked. This is probably Drew Brees’ last season with the franchise — remember, he previously considered retirement until teammates at the Pro Bowl talked him out of it. Getting rid of his most dynamic offensive weapon doesn’t make any sense whatsoever. Pay Kamara. Stall. Call his bluff. Do whatever the hell you need to do to make one final run at a Super Bowl with the best passer in league history.

Now, this report could all just be a negotiation tactic by the Saints’ brass, hoping to scare the running back into returning to camp and play out his current deal. Alvin Kamara is too valuable and too talented to play these games with, though. Oh, and he knows it, so good luck repairing the relationship after word gets out the team might want to trade him elsewhere.

New Orleans has been on the cusp of reaching the Super Bowl in each of the past three years — all with Kamara. Get rid of him now and they can pretty much kiss a chance at the Lombardi Trophy goodbye. That’s not worth the few millions they’ll save by trading him, so, yeah, just don’t be stupid here.