Alvin Kamara’s Training Routine Has Been Upgraded, And Now He’s Playing Bop It On One Leg 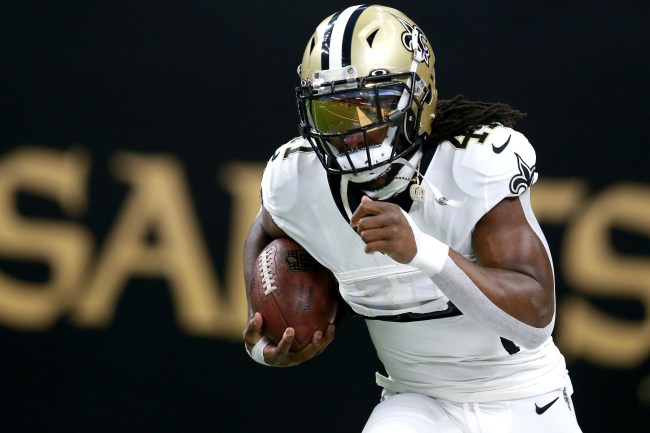 This year: One foot, stability platform, juggling while catching

Last year, Alvin Kamara’s core workouts became the stuff of legend. Guy spent his off-season standing on a medicine ball, catching a colored, three-pronged boomerang at the direction of a strength coach. I assume he’s a strength coach. This might be the new concussion protocol, so maybe he’s the neurosurgeon. Either way, this clip blew us away last year:

Whelp, I guess he decided that wasn’t enough. Because now he’s doing single-leg color-coded juggle catches on a wobbly platform. The amount of things going on here makes me crave a daquiri. Time to give up for the day; Alvin Kamara is working hard enough for both of us. My brain re-reads the same paragraph of a book 10 times if there’s someone in the other room talking on the phone about the Real Housewives of Baltimore. Meanwhile, Alvin Kamara is somehow capable of calculating which color to catch, tossing a ball in the air, tossing the color thing back, and catching the ball… all on one leg.

I know we often marvel at how these guys are superheroes. But seeing the stuff they go through to prepare for the season is truly something to behold. Compare Alvin Kamara’s core workout to your three sets of 20 crunches, or your two 1-minute ab bridge holds. If nothing else, let it motivate you to push towards a 21st crunch. Go for glory today. You never know when Sean Payton might call.