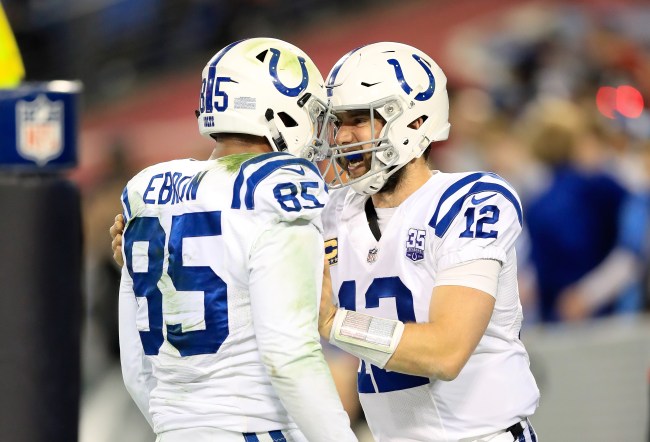 Andrew Luck retiring last weekend sent shockwaves through the NFL, with everyone surprised to hear that the four-time Pro Bowl quarterback was walking away from football at age 29. While Luck opened up about his decision to retire — discussing the physical and mental toll it took on him — he did win “Comeback Player of the Year” in 2018, so it wasn’t as if he had lost the skills that made him the No. 1 overall pick in the 2012 NFL Draft.

As Luck prepares for life after football, there have been plenty of people lending opinions on why he did or didn’t make the right choice. Some have blasted him for being a “millennial” who didn’t want to work his way back — looking at you, Doug Gottlieb — while others, like Aaron Rodgers, supported Andrew Luck by calling out the “disgusting” Colts fans who booed him as he walked off the field for the last time after the news broke. Whatever side of the fence you’re on, here’s to hoping Luck finds whatever it is he’s looking for with the millions of dollars in his bank account.

As the Indianapolis Colts now weigh their options at quarterback — which may have royally F’ed their entire season — some of Andrew Luck’s now former teammates are giving some insight as to who the guy really was. One of those stories comes from tight end Eric Ebron, who described how Luck inspired him to keep his head up after dropping a pass in a game, sounding as if he were a pee-wee football coach helping a kid overcome a bad play.

“So in a game, I think I had dropped this pass and I was pissed off. And he was like ‘Hey, hey, hey. Hey. No, no, no. Wipe that look off your face!

Here’s the video of Ebron describing the play and pep talk from Andrew Luck.

Several players said Andrew Luck was the “nicest guy" in the NFL.

Nobody brings this sentiment how like his former @Colts teammate @Ebron85 😁 pic.twitter.com/YAikM6niRV

That’s pretty cool, as some quarterbacks will chew out their receivers for dropping a pass or running the wrong route — as Baker Mayfield was seen doing during a practice earlier this summer during training camp. The fact that Andrew Luck used a different approach speaks to his leadership skills, and how nice he actually is.

This story echoes what we kind of already knew about Andrew Luck — that he was wired differently while on the football field. Remember, this is the same guy who used to applaud defenders for how hard he hit him during games, with a video making the rounds over the past week of Luck complimenting the effort of opposing players.

Andrew Luck truly was one-of-a-kind, and these types of stories are awesome to hear. They also let us get to see the real him, which often isn’t the case from athletes, who, even when cameras are rolling, put up a facade for fans. The fact that Luck acted this kind all the time just makes him all-time cool.