Where Will Anthony Davis End Up? Executives Reportedly Believe It’ll Be One Of These Four Teams 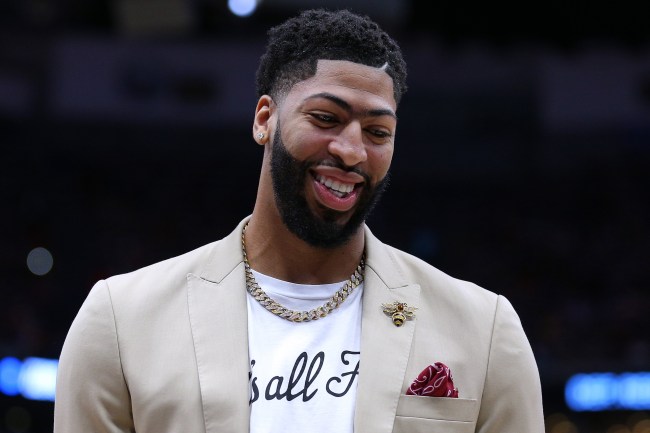 Anthony Davis is, at this moment, the biggest name on the NBA trade market. For months, there have been rumors about where the New Orleans Pelicans’ superstar could end up, with the Los Angeles Lakers presumed to be the favorites because of the ties between Davis’ agent Rich Paul and Lakers star LeBron James. But, after things fell through the cracks a few months ago before the trade deadline, it sounds less likely that New Orleans would trade the big man to the iconic franchise.

Making things even more intriguing is that the Pelicans just won the NBA Draft Lottery, giving them the No. 1 overall pick and the rights to draft Zion Williamson. Anthony Davis is believed to still want out of New Orleans even after the lottery result, which gives the Pelicans some leverage when trying to seek the right package.

At this point, it’s anyone’s guess where Davis might end up. But, at the very least, a few executives are trying to predict the teams the superstar could end up being shipped off to.

According to Shams Charania of The Athletic, there are four teams who rival front-office people believe can compile the best trade packages for Anthony Davis: the Lakers, New York Knicks, Boston Celtics and Brooklyn Nets. However, of those teams, only two of them are on the All-Star’s preferred destination list.

Again, these are just predictions from other executives, but they are the teams most-linked to trading for Anthony Davis over the past few months, so there’s probably a good chance one of them will land the star. The most intriguing option might be the Los Angeles Clippers — a team on Davis’ preferred destination list — who have a bunch of cap room and are believed to be a stronger option than the Lakers for free agents this summer.

Obviously, the Lakers are under pressure to land a star, any star, to put alongside James — with reports that the four-time league MVP could force his way off the Lakers if they don’t. Whether that’s done in free agency or through a trade for Anthony Davis, it doesn’t matter, but it is one of the most intriguing headlines heading into the soon-to-be NBA offseason. So stay tuned.