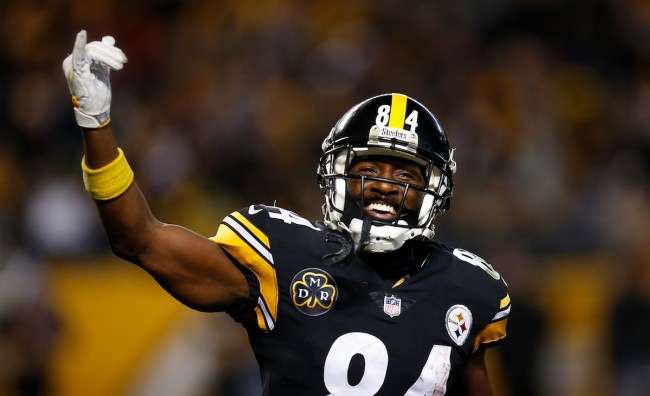 Back in 2017, everyone had a good chuckle when Le’Veon Bell jokingly applied for a job at Dairy Queen as he attempted to negotiate a new deal with the Steelers

It might have seemed funny at the time but it turned out it wasn’t actually a laughing matter for Bell. He would spend the majority of the next year sparring with the teams’ front office before ultimately sitting out the entire 2018 season and forfeiting over $14 million in the process.

My heart still goes out to anyone who picked him in the first round of their fantasy draft.

Bell will officially be a free agent once the season ends, but based on how things are looking right now, it seems like he won’t be the only superstar to leave Pittsburgh this year thanks to Antonio Brown.

A couple of weeks ago, we learned the wide receiver had requested a trade from the Steelers after he was benched for the final game of the season thanks in no small part to his beef with Ben Roethlisberger.

Brown hasn’t exactly been quiet about his discontent and has spent plenty of time stirring up drama on Twitter while letting people know exactly how he feels about the situation.

Antonio Brown has removed the Pittsburgh Steelers from his Twitter Bio. #Steelers pic.twitter.com/mVx3qKIUOE

Set your own standards

According to Total Pro Sports, some internet detectives are convinced they’ve uncovered a burner account Brown has been using to anonymously spar with his haters on Twitter (which worked out so, so well for Bryan Colangelo).

The account was created this month and the person behind it has only sent 15 tweets, with seemingly all of them singing Brown’s praises and defending his honor.

@AB84 funny how they quick to forget hardest working player in the nfl let alone at your position what ever comes of all the bs silence the haters with the hard work and production as per usual ….. pic.twitter.com/bAdJzq20IJ

One person also noted the user seems to have a very similar tweeting style when compared to Brown.

I have to admit I’m not entirely sold, but with that said, I kind of hope Brown is actually behind this account because it looks like he might have a stalker on his hands if he isn’t.