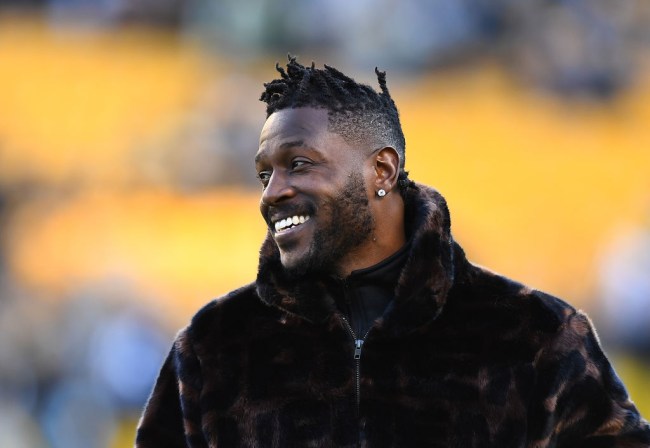 Antonio Brown found himself embroiled in plenty of drama during what would end up being his final season with the Steelers, who decided they were done dealing with his bullshit before sending him to the Raiders, who were reportedly the only team willing to risk having to deal with the wide receiver’s diva-like tendencies

It seemed like all was well and good in Oakland at first but things took a bizarre turn last weekend when it was revealed the wide receiver had somehow succumbed to frostbite while undergoing cryotherapy shortly after he posted a gag-inducing picture of the injury.

While at least one athlete who suffered a similar fate said it took him months to fully recover, the Raiders medical staff seemed optimistic that Brown would be ready to play by the time the regular season rolled around.

However, he decided to introduce a fun new twist last week when a report surfaced that he was throwing a temper tantrum over being forced to wear a new kind of helmet to a point where he threatened to retire if the NFL wouldn’t let him wear his preferred head bucket.

Brown went as far as filing a formal grievance with the league, which has rules in place concerning what headgear is considered acceptable (the helmet Brown wore during his time in Pittsburgh has been discontinued and is no longer certified by the organization responsible for determining what players can and cannot don on the field).

Now, the NFL has officially chimed in and I have a feeling Brown isn’t going to be thrilled about what they have to say about the issue.

This season of Hard Knocks is shaping up to be a legendary one.