Antonio Brown Challenges Stephen A. Smith To Pull Up To His House So They Can ‘Speak’ After Being Criticized By The ESPN Host 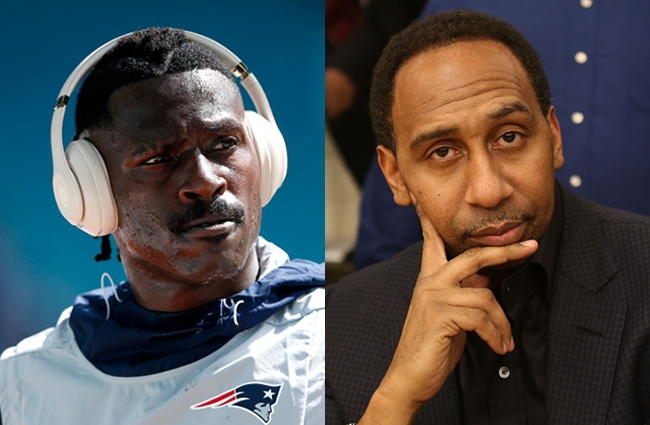 Over the course of history, people have brought plenty of things into the world with the best intentions in mind only to regret doing so after seeing the fruits of their labor used for evil, like Alfred Nobel did after seeing dynamite become a weapon of war and the parents of Logan and Jake Paul presumably did after watching any of their YouTube videos.

I assume Jack Dorsey hoped to make the world a better place when he tried to come up with a platform that would allow people on the internet to interact in a way they never could before, and while Twitter was a good idea in theory, what he failed to take into account is that people on the internet have a tendency to be absolutely awful to each other.

For example, I recently wrote about a rumored fight between Conor McGregor and Manny Pacquiao and had the nerve to suggest the Irishman was thoroughly outclassed and outmatched during his boxing debut against Floyd Mayweather Jr.

This apparently did not sit well with a self-proclaimed “follower of Christ” who said I needed to have homosexual tendencies in order to come to that conclusion before applying I could never beat him in a “real” fight, which would likely take place in a ring made of hay bales on a pig farm in Iowa based on the information in his profile.

Virtual jabs rarely turn into physical blows but there are certainly some exceptions and I can’t think of a better example than what might be my favorite saga in the history of the internet: Meet Me in Temecula.

In 2014, a couple of guys on Twitter decided to spend Christmas engaged in an increasingly heated debate about Kobe Bryant before one of them got so pissed off that he drove 35 minutes to a city in Southern California so he could throw hands.

It currently appears another online beef could end with an actual fight after Antonio Brown challenged Logan Paul to box him and the wide receiver has been taking temporary breaks from sparking drama on social media to train for a fight that could make him $1 million richer.

However, on Thursday, Brown took a break from that training to turn his attention back to beefing on Twitter after taking issue with what Stephen A. Smith had to say about a disturbing incident that unfolded on Monday.

Smith has become increasingly critical of Brown in recent weeks, and on Thursday, the embattled player told the ESPN personality he’d love to have him pull up to his house in Florida so they can “exchange words” (and probably fists).

I highly doubt Smith will accept Brown’s invitation, but at the same time, I feel there’s a slim chance he actually might considering how much he would stand to gain if he ended up getting clocked in the face by the most controversial figure in football right now.