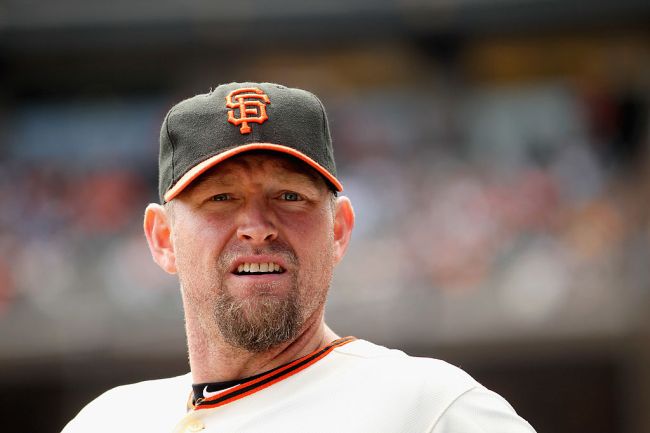 If you were to guess how former MLB player Aubrey Huff would take the news of the MLB signing its first all-woman broadcast crew in the league’s history, what would you hypothesize?

Remember, this is the same dude who embarked on a Vaccinations Are For Sissies campaign in May, nearly had a nervous breakdown over his former team incorporating Pride colors into its logo, and mocked LeBron James for carrying a “purse” despite wearing his wife’s underwear in-game for “superstitious” reasons.

If you need further context, here is a screenshot from Huff’s Twitter header. 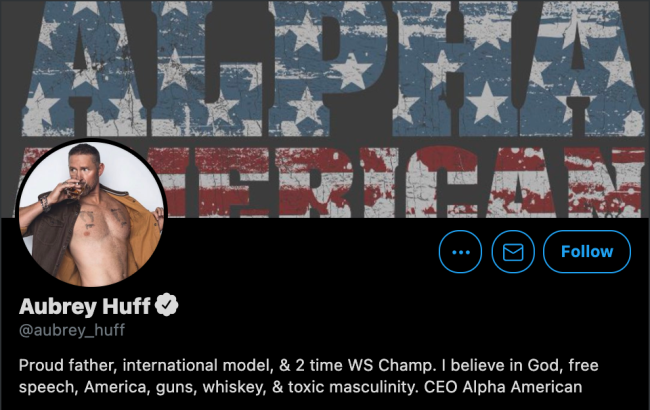 If you guessed “Sternly Opposed” the all-female broadcast that covered Tuesday’s Oriole’s vs. Rays game, you win a prize.

Women are for after the game…not during the game. https://t.co/LuUmCOtOO5

Some further clarification on Mr. Alpha’s view on women in general:

I believe n marriage the way it was in the old days when women had pride n being a stay at home mom & making sure her man is satisfied providing for the family. Marriage has become a biz 4 women looking 2 get rich off a successful man ⁦@RationalMale⁩ https://t.co/dWuSTJOJLx

How small is your micro penis? https://t.co/LVSuLFSRPA

does this asshole ever shut up 😭 https://t.co/6PANSkThvp

I fear for your children. https://t.co/A1PvkNCt2t

You literally have a woman’s name https://t.co/47tUYZBiT4

It’s gotta be exhausting to be this manly. Huff needs to be informed about the restorative power of a good cry.