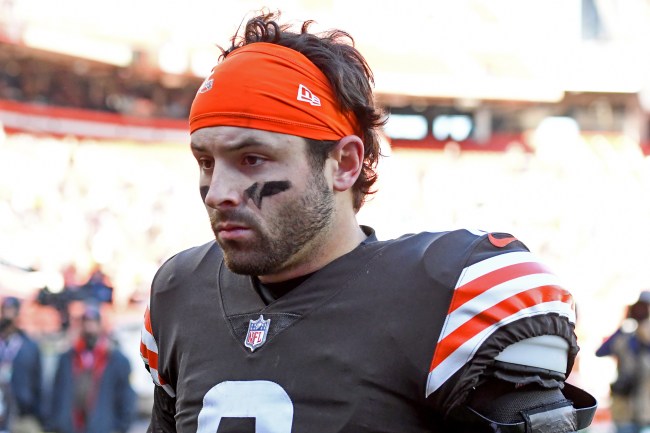 It looks like the Cleveland Browns may actually manage to avoid any more wide receiver drama.

Yesterday, Jarvis Landry expressed unhappiness with his role on the Cleveland Browns while talking to reporters at his yearly Thanksgiving food drive.He told reporters “I haven’t been getting the ball much either” and stated he didn’t know why it was happening or why the team’s passing game was struggling.

Later in the day, both Baker Mayfield and head coach, Kevin Stefanski, took time during media obligations to address their top receiver’s concerns.

“When you play a team like the Patriots, they take your strength away, so things like that and the running game, they’re going to try and do just that,” Mayfield said. “We’ll find ways to get Jarvis involved back in the game plan. There’s no doubt about that. He’s a tempo-setter for us. He’s an extremely good leader and locker room guy for us. Everybody knows that.”

It’s certainly a plausible explanation as the Patriots are notorious for taking teams’ top options away at all costs and daring the rest of the team to beat them.

Stefanski agreed that Landry should be getting the ball more, saying:

“I think you guys know how I feel about Jarvis and how important he is to us and definitely want him to be involved.”

He also acknowledged that Landry may be playing at less than 100% as he tries to play through a knee injury.

If there was ever a chance to right the ship for the Cleveland Browns passing game, it’s this Sunday against the lowly Detroit Lions defense. Let’s see if they can get Landry involved and avoid having to deal with a Free Jarvis movement.