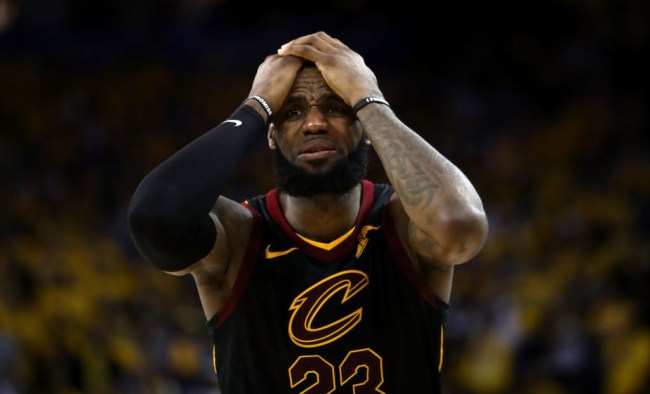 Over the past year, the NBA has been home to more shade, trolling, and passive aggressiveness than an internet message board and this year’s Finals were no exception. J.R. Smith set the Cavaliers up for failure after his boneheaded play in the first game of the series, which resulted in him being on the receiving end of sarcastic “M.V.P.” chants from Warriors fans and caused LeBron James to get mad at reporters during press conferences and subsequently getting made fun of by Steve Kerr.

However, the mocking extended beyond the series, with Draymond Green following in the proud tradition of making fun of rival players with pieces of clothing by sporting a shirt featuring the “Arthur’s Fist” meme adorned with three championship rings. It’s been close two weeks since Golden State secured the title, but their fans are still in full troll mode.

On Sunday, San Francisco’s Barebottle Brewing Company announced the newest beer in their line up inspired by LeBron’s reactions to the events after Smith’s infamous play.

If I was brewing a beer inspired by a basketball player’s tears, I’d probably make a gose instead of introducing yet another hazy IPA to a crowded marketplace, but I guess I can’t fault them for taking advantage of the trend. The beer is currently available on tap at the brewery, so if you want to drink LeBron’s delicious tears, you’re going to want to head to San Francisco.