10-Part ‘Beyond The Last Dance’ Podcast Series Set To Debut On Aug. 31 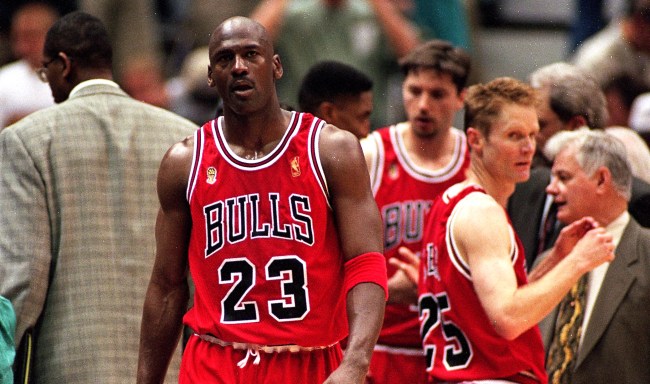 If NBA fans thought the hit ESPN documentary The Last Dance about the 1997-98 Chicago Bulls was entertaining, and stirred up more than a little controversy, then a new 10-part podcast series called Beyond The Last Dance is going to be a must-listen.

The podcast, produced by NBA Entertainment and Amazon’s Audible, will debut on Aug. 31 and be hosted by former Chicago Bulls guard B.J. Armstrong and former Bulls beat writer and current Director of Sports Journalism at Northwestern J.A. Adande, both of whom appeared in the ESPN documentary.

Each episode will be around 40 minutes long and according to NBC Sports Chicago they will explore additional storylines beyond ESPN’s documentary and will feature interviews with former players, coaches and journalists.

The Last Dance averaged 12,876,000 viewers per episode including on-demand while over 23 million checked it out on Netflix during its first four weeks on the streaming service.

It was also recently nominated for multiple Emmy Awards, including outstanding documentary or nonfiction series.

Earlier this week, a 1996 Mercedes-Benz S600 originally owned by NBA legend Michael Jordan and was seen being driven by MJ during an episode of the ESPN documentary series was sold on eBay for $202,200.

What do you think Michael Jordan’s 1996 Mercedes-Benz S-Class S 600 will sell for? COMMENT BELOW ⬇️⬇️⬇️ Happy Friday, Car Lovers & Jordan Fans! As you know, we are auctioning Michael Jordan’s Mercedes on #EBAY. The auction ends on August 23. Whoever gets closest to the selling price will be reposted on our stories! 🏀🔥 📷 Photo cred: Beverly Hills Car Club / Razon

🚨🚨 $201,700 ROUND 4: 2 Days and 16 hours left in our auction for Michael Jordan’s Mercedes ⏳… the current highest bid is $201,700! #COMMENTBELOW ⬇️⬇️⬇️ with your final bid estimate. Whoever guesses closest to the selling price in all of the combined rounds will be posted on our page! 🏀🔥 🔹Michael Jordan’s 1996 @mercedesbenz S-Class S600🔹 So cool that it still says “JORDAN” when it powers on!

Join @mralexmanos and the Beverly Hills Car Club team in congratulating @rileydavidarnold for having the closest guess to the final sale price of Michael Jordan’s 1996 Mercedes-Benz S-Class S 600! After 180 bids, the highest bid was $202,200. Great job! 🏆 Thank you all for participating and making this auction an absolutely unforgettable experience. 🙌🏀🔥