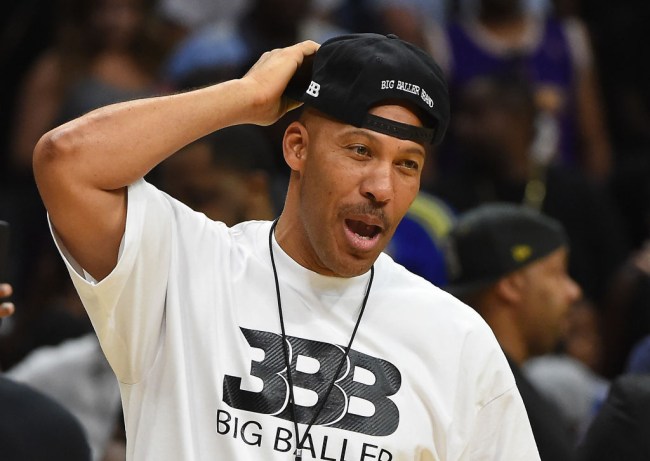 This morning, I woke up to some incredibly sad news when I was informed of the apparent death of Big Baller Brand, the apparel company that was founded by LaVar Ball in the hopes people would spend exorbitant amounts of money on clothing and shoes for reasons I’ve never been able to fathom.

Ball made some major waves a couple of years ago when he announced he’d given his wildly unproven son Lonzo a signature sneaker in the form of the ZO2, which retailed for a staggering $495 when they first dropped.

However, the brand failed to attract the big ballers it was catering to, and over the summer, we got a sign of just how far it had fallen when it was revealed BBB shirts were retailing for a whopping $5 (a sum that had to be paid in cash).

We got our first indication things were slowly crumbling earlier this year when it was revealed Big Baller Brand co-founder Alan Foster had allegedly stolen $1.5 million in company funds and it didn’t take long for Lonzo to distance himself by covering up the BBB tattoo he’d previously made the wise decision to get.

Earlier this month, Foster—who is being investigated by the FBI—came out and claimed it was actually LaVar who’d embezzled money (claims the Ball family definitively denied), and as of today, it appeared he had achieved a minor victory by figuring out how to direct the Big Baller Brand webpage to his site.

The Big Baller Brand is officially dead. The site now forwards to the Baller Financial Network, created by LaVar’s former business partner Alan Foster, who the Balls are suing for allegedly embezzling $1.5 million from Lonzo. https://t.co/sG8Si1Zk9w

On Wednesday afternoon, Big Baller Brand sent out a tweet informing us reports of its death were quite premature and that it’s simply preparing to move to a new URL.

What is dead may never die.