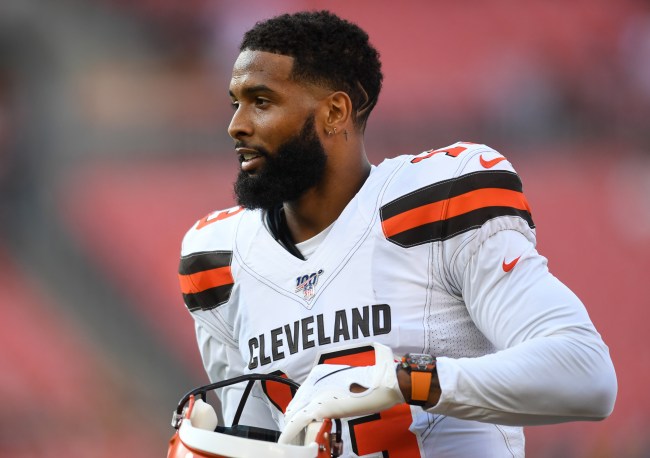 Odell Beckham Jr. is looking to shake off the stink of a tumultuous offseason trading barbs with his former team, an organization he recently credited himself with keeping relevant.

The camp that believes Beckham is a prima donna who’s more trouble than he’s worth (six-years, $84 million) just got a big time validating voice in former Jets QB and CBS analyst Boomer Esiason.

Esiason told NJ Advance Media that he believed Odell faked a quad injury to keep himself sidelined for the final four games of last season when the Giants were a dismal 4-8 and all but guaranteed to miss the playoffs.

“Odell took himself off the field last year for four games after making $19 million,” Boomer told NJ Advance Media. “That takes a lot of chestnuts.”

Esiason’s claim holds weight, especially when you consider that Beckham didn’t appear on the official injury report until two days before the next game. The Giants expected Odell’s mysterious injury to improve, while Beckham kept seeing doctors and insisting “shi- ain’t right.”

Video evidence of Odell’s final game with the Giants lends more evidence to this theory. Odell gave a piss poor attempt at recovering an onside kick, failing to make a winning play and diving for a ball that was easily within his reach.

I’m still undecided about whether or not I can forgive Odell’s general aura in favor of his transcendent talent. This season will be the deciding fact.