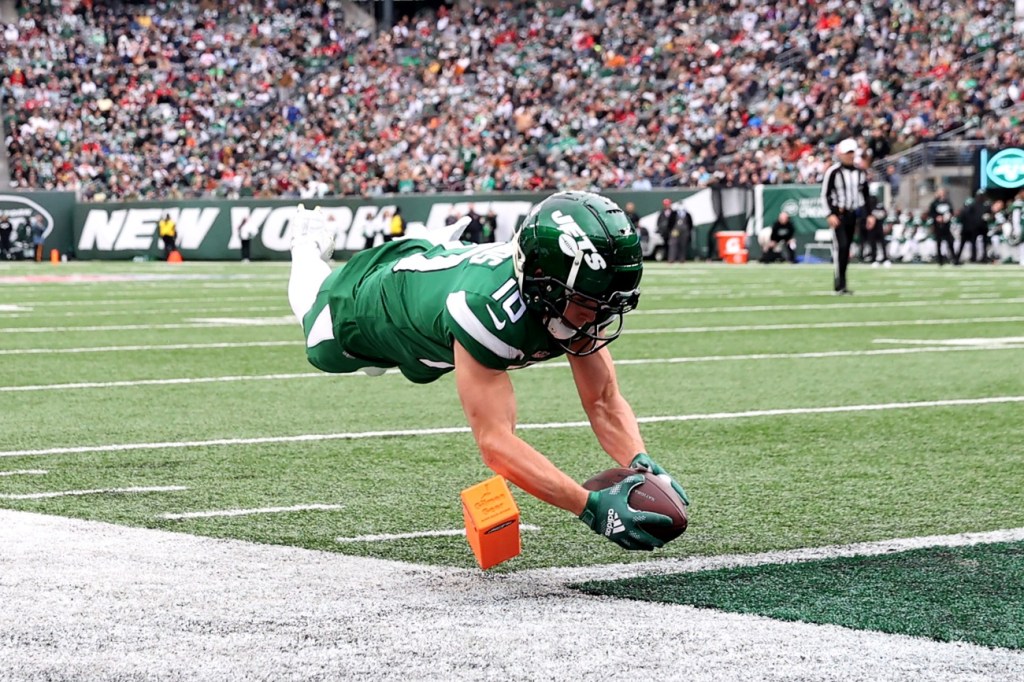 The New York Jets and wide receiver Braxton Berrios recently agreed on a 2-year contract extension worth $12 million. That’s coming off a season with 46 receptions from 65 targets for 431 yards and 2 touchdowns, solid production in his third season with the Jets.

Braxton’s career looked to be on a very different path after he was drafted in the 6th round of the 2018 NFL Draft by the New England Patriots. He was coming off a 652-yard, 9 TD season with the Miami Hurricanes and suddenly he expects to be catching passes from Tom Brady!

Only it didn’t work out like that at all, he played in the preseason with New England and was then put on the IR list and was later cut by the Patriots in August 2019. The silver lining of his time in New England is he did get a Super Bowl ring for the Patriots’ win over the Rams in Super Bowl LIII.

Braxton Berrios was a guest on the Adam Schefter Podcast recently where he discussed how getting cut from the New England Patriots was actually one of the best things that ever happened to him. Here’s the transcript of his quotes from WEEI about why getting tossed aside by Belichick was a seminal moment for him.

Braxton Berrios: “Really, I feel like I got a PhD in football (in New England). It didn’t work out for whatever reasons, and looking back it’s the best thing that ever happened to me. It felt like the back was against the wall there.

I kept going, obviously, and found ways to be productive, and obviously in the return game was the first way. And then I really, really wanted to make sure I was seen as a receiver as well, and really over the last two years I’ve gotten a lot more of those opportunities. Then you marry those opportunities with now being named the first-team All-Pro last year as a kick returner, it’s finally full circle, it’s maybe starting to work out a little bit.”

If Braxton Berrios wasn’t cut by the New England Patriots it’s entirely likely he never would’ve found his opportunity as a kick returner which led to him being named a First-team All-Pro in the 2021 NFL season. A lot of athletes just say things when they’re put on the spot but he genuinely seems to be thankful he was cut.

For comparison’s sake, Braxton earned a $118K signing bonus and $363K salary from the New England Patriots in the one season he was with them, primarily on the IR list. If he sees out the full 2 years of his contract extension with the Jets, he will have earned a total of $14,576,408. So it was, in fact, pretty good that he got cut by the Patriots.