Brooks Koepka’s Dad Sat Down For Beers With John Daly At The PGA Championship, Fell Victim To His Magic And Forgot Brooks Had Already Teed Off 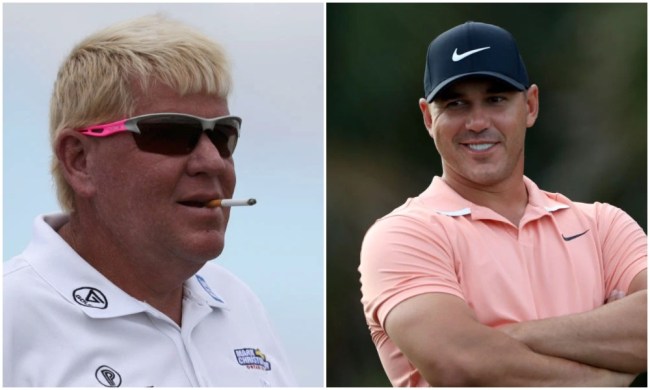 John Daly is one of those magical beings in the world of sports, a true living legend. It doesn’t matter that he’s now 54-years-old or that his last PGA Tour win came 16 years ago, Daly still makes the needle move.

You would think that by now that the man has run out of great stories, but that’s most definitely not the case. During a recent Instagram Live video with PGA Tour Champions, the two-time major winner shared an incredible story involving Brooks Koepka, Koepka’s dad Bob and some cold ones.

Related: John Daly Now Says Promoting Vodka As A COVID-19 Cure In Video For Trump Org Was Just For ‘Laughs’

During the 2019 PGA Championship at Bethpage Black, Daly got to know the Koepka family pretty well, so well that Brooks has started to call him ‘Uncle John,’ but it wasn’t because those two hit it off, it’s because Koepka’s dad Bob and Big John got along so well.

Daly explained in his story that he loves Brooks, but he loves his dad more and it has a lot to do with the fact that they have similar parenting styles. It’s pretty clear that Bob and John had a pretty instant connection.

Bob sat down to have a beer with Daly before Brooks’ tee time on Friday, that one beer turned into more than one and Bob managed to completely lose track of time and miss the start of his son’s round.

“We had a few beers together. I had played early on Friday when I missed the cut at the PGA, and he sat down with me and my family for a little bit and talked,” Daly said. “And he goes, ‘Oh my God, Brooks is probably on six right now, I need to go out and watch my son play. I’ve had too much fun sitting here.’ Brooks was leading the tournament and he ends up winning.”

Yet another classic Daly story. I can only imagine sitting down and having a couple of beers with the man, even after he had just missed the cut at a major, which was the case in this instance.

Koepka, of course, went on to win what was his second consecutive PGA Championship that Sunday, too bad his dad missed a few shots out there on Friday though.