Only The Redskins: Team President Bruce Allen Is In Charge Of Team’s Challenge Flags 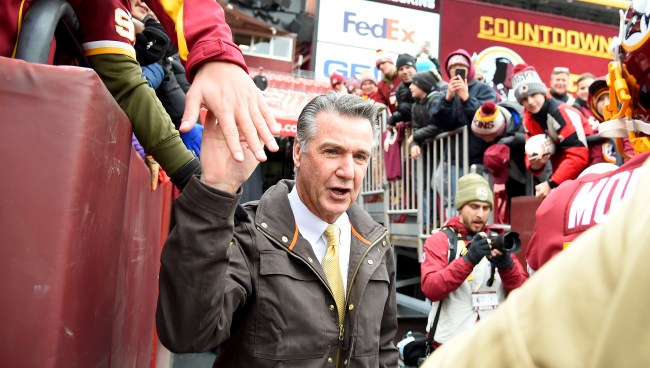 I would like to preface this article by clearly stating that I am, thoroughly and tragically, a lifelong fan of the New York Jets and New York Mets (and also Liverpool Football Club, but that’s neither here nor there).

The reason I need to mention my 20-plus-year-long fandom of these various incompetent New York City-based teams when writing an article about the Washington Redskins is that I want you, dear reader, to understand how in tune and familiar I am with pitiful sports franchises.

If anyone knows what it’s like to root for an utterly SHIT team, it’s your boy, so when I make fun of other genuinely awful franchises, I’m doing so from a place of sympathy and understanding — I get it, dude. I really do. After all, it was just this past summer that Mets GM Brodie Van Wagenen reportedly dictated former manager Mickey Callaway’s in-game management… through text messages from his home. Yikes, I know.

Luckily for my Mets, though, apparently they aren’t the only major American professional sports team to cede too much power to their front office, as it’s being reported that Washington Redskins vilified team president Bruce Allen is in control of deciding when to challenge a call on the field, according to 106.7 The Fan.

Perhaps Allen — who has led the team to just one playoff appearance during his tenure as team president — should focus more on the organization’s general direction and strategy and less on the minutiae of throwing red challenge flags.