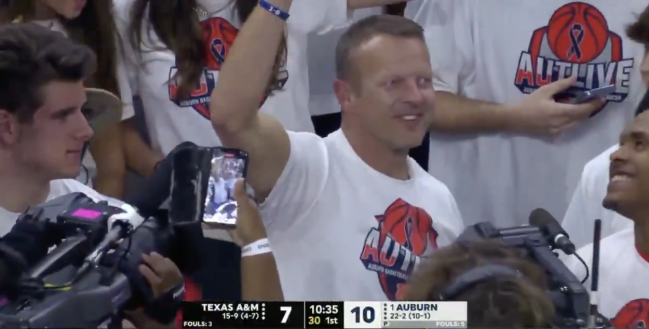 It has been a wild seven days for Auburn head football coach Bryan Harsin. After a report came out last Thursday that said his immediate future with the program was in question, rumors immediately began to swirl.

Harsin had a losing record in his first season, saw a large amount of players transfer after the season, had his defensive coordinator take a large pay cut for a lateral move and will have to replace his third offensive coordinator in 13 months. Meanwhile, some of his former players called him out for creating a problematic culture on the Plains, while others stood strongly in his defense.

While all of this was unfolding, Harsin was on vacation. He offered a very vehement response to the accusations and rumors in which he denied any wrongdoing but then proceeded to stay quiet.

At Auburn, it was anything but. The university and its athletic program conducted an investigation into Harsin and, essentially, looked for reasons to fire him. That included the implementation of a new investigation cooperation policy.

Auburn announced on Friday that the investigation was complete and that Harsin was staying on as head coach.

Less than 24 hours later, Harsin pulled an all-time awesome move. He showed up at the Tigers’ home basketball game against Texas A&M on Saturday and took the student section up on their invitation.

Upon his arrival, the crowd went nuts. You just KNOW that the boosters in attendance who wanted him fired were FUMING.

Bryan Harsin is in the building. pic.twitter.com/IAIHRK32qk

Now that Harsin is staying at Auburn, the fanbase is about to rally around him like has never been seen before.

my my my look who has shown up pic.twitter.com/15g1Vnn3gY

Not only did Harsin show up, but he stood front row.

And he got loud.

Bryan Harsin in the student section with some of his players cheering on the basketball team @abc3340 pic.twitter.com/loKQ6v5faj

Harsin’s victory lap on Saturday is legendary. Auburn boosters wanted him fired so badly, but he kept his job and proceeded to let the world know by getting rowdy with the students on the very next day.