Not Allowed To Go To The Games? Buffalo Wild Wings Plans To Bring The In-Stadium Experience To You 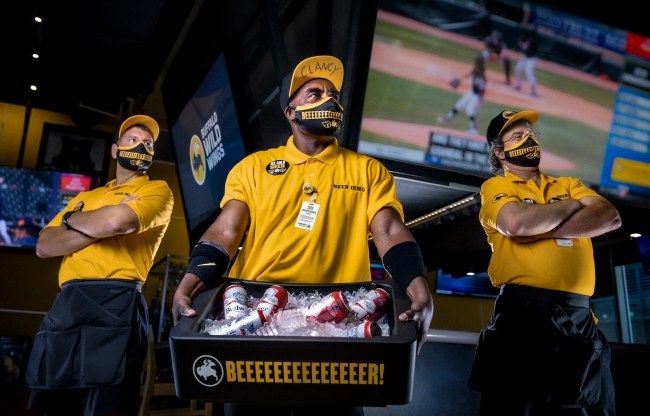 Oh, sure, the games that will be played this year will look unlike any we have seen before with odd social distancing measures being enforced and new rules designed, in theory, to keep players safe.

And yes, many of the stadiums and arenas will be empty or limited in the number of fans who can attend, and at least in the case of the NFL they will be wearing masks – which begs the question: how will these fans be able to drink their $15 beers?

One solution to that question as well as many others as sports return has been put forth by the fine folks over at Buffalo Wild Wings who will be doing their best to replicate the fan experience in this unprecedented time in American sports history.

Buffalo Wild Wings is going to be bringing in famous beer vendors into their sports bars to sling cold ones to fans.

At the M Street Buffalo Wild Wings in Washington, D.C., just steps from the ballpark, the sights and sounds from the stadium will be on display.

“Fancy Clancy” (aka Clarence Haskett) will be joining his fellow beer vendors from up the road in Baltimore, where for three decades he’s been serving beers with his signature move, a backbend over a railing.

And as a special twist, fans inside Buffalo Wild Wings can also enjoy wings out of classic plastic baseball helmets. 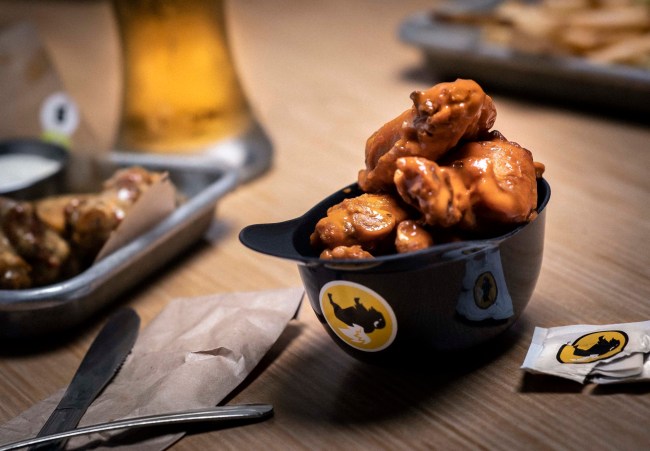 Later this year in Chicago, Rocco Caputo, a legend in Chi-town for slinging beers for over 30 years will be on hand to give Windy City fans a little in-stadium experience.

While over in Cleveland, “The Beer Guy” (aka Les Flake), who has selling beer at Cleveland baseball games since 1979, will make Indians fans feel like their back in the ballpark with his famous phrase, “I’M NOT THE MILKMAN! I’M NOT THE MAILMAN! I’M NOT THE TAX MAN! I’M THE BEER GUY!”

Sounds like a great day at the ole ballpark B-Dubs.