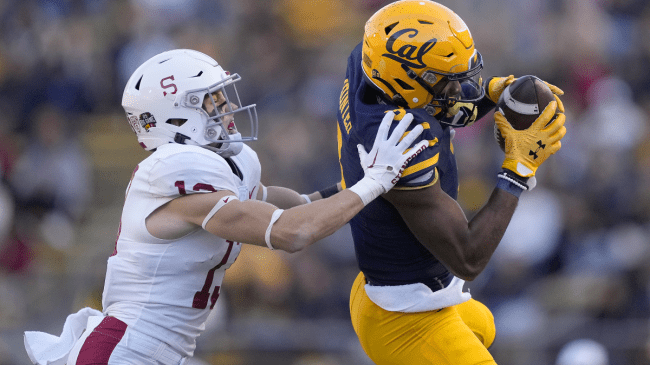 College football bettors suffered a bad beat on Saturday night in the annual Cal-Stanford rivalry as a meaningless field goal on the final play of the game pushed the final score over the projected point total.

The two teams met in Berkeley with bragging rights on the line, but for viewers, some hard-earned cash was at stake. And for those that took the under, a crushing defeat came on that last possession, stealing a sure victory from their hands.

The closing over/under was set at 46 points, and it looked to be well on its way to hitting through three quarters of action. As that final frame began, Stanford held a commanding 17-6 lead, meaning 24 points would need to be scored to hit the over in a game that had totaled just 23 points through 45 minutes of play.

But it did just that.

The Cal offense woke up in that fourth quarter, starting with a Jack Plummer touchdown throw with 11 minutes remaining. A fumble on Stanford’s next drive led to a scoop and score, giving the Bears the lead at 20-17 and putting those under wagers in jeopardy.

With less than a minute of game time remaining, the total still sat at 37 points. Cal then scored a touchdown to put the decision out of reach, going up by 10 points to all but end the matchup. The total moved to 44 but still seemed safe given the two-score lead with just 58 seconds left on the clock.

But in sports betting, it’s not over until it’s over.

Stanford decided it still had something left to play for, and the Cardinal offense began a quick trek down the field. That drive stalled at the 43-yard line with time for one final play. Despite the losing effort, Stanford decided to go for history.

The Cardinal trotted out their kicker for a 61-yard field goal attempt, which sailed through the uprights as the final seconds ticked off the clock. It was the longest field goal in Cal-Stanford history.

Those last three points improbably pushed the total to the over by a single point. The two teams doubled up their scoring production over the final 15 minutes of play to send a number of bettors home frustrated with an absolutely awful beat.