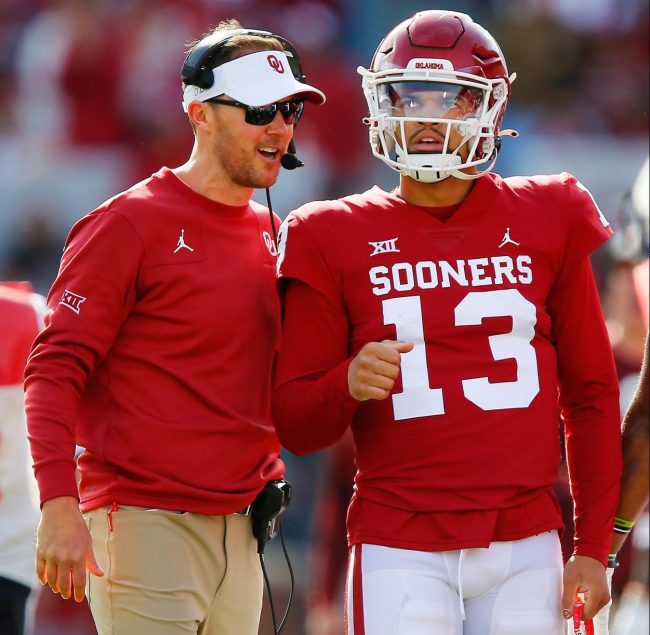 It appears as though the Caleb Williams era is set to begin in Los Angeles. All signs point toward the former five-star quarterback recruit committing to USC, and a new leaked photo seems to confirm his soon-to-be school.

Williams, who took over for Spencer Rattler in the Red River Shootout, led Oklahoma back from the largest deficit in the rivalry’s history and won his first game with the Sooners. From that point forward, it was his team, and Rattler was set to transfer.

Well, that’s exactly what happened, but with a twist.

Shortly after the regular season, Rattler hit the transfer portal and committed to an SEC program with a chance to make some noise. However, his departure did not come first.

Immediately after Oklahoma lost to Oklahoma State in the regular season finale, head coach Lincoln Riley announced that he was leaving Norman for the same position at Southern California. As a result, immediate speculation began that Williams would join him.

Initially, that did not appear to be the case. Williams stuck it out through the bowl game with the Sooners and finished his true freshman season with 1,912 yards and 21 touchdowns through the air with only four interceptions in eight games as a starter. He also added 442 yards and six touchdowns on the ground.

Oklahoma’s new head coach Brent Venables thought that Williams was going to stay. He did not.

Since then, his recruitment has become an expensive bidding war. Georgia, Ole Miss, USC, UCLA and a few others were considered to be in the mix for his commitment. One unlikely suitor even offered him $1 million in deals for NIL.

Despite the efforts from other programs, it was pretty much always going to be USC. And recent events made that even more likely.

Williams recently took a trip to Los Angeles and visited both the Trojans and Bruins. Not long thereafter, a telling transfer portal entry out of Los Angeles made it pretty clear that Williams’ visit with his old head coach went well.

Now, a new photo has leaked that makes it more of a when not an if Williams commits to play for Riley at USC. The photo, though the source is unclear, shows the 20-year-old dressed out in the Cardinal and Gold.

USC has made a big push to hire the best creatives in sports over recent years. As a result, the Trojans’ athletic department strives to produce some of the best, most engaging content for its players and team.

In the photo, speculation would assume that he is filming/shooting some sort of announcement video or photoshoot. More than likely, that means that Williams’ commitment should come as soon as next week, after the video and production crew can put it all together for him.

Here is the photo, which makes it pretty clear that Williams is headed to USC and will be wearing his No. 13: 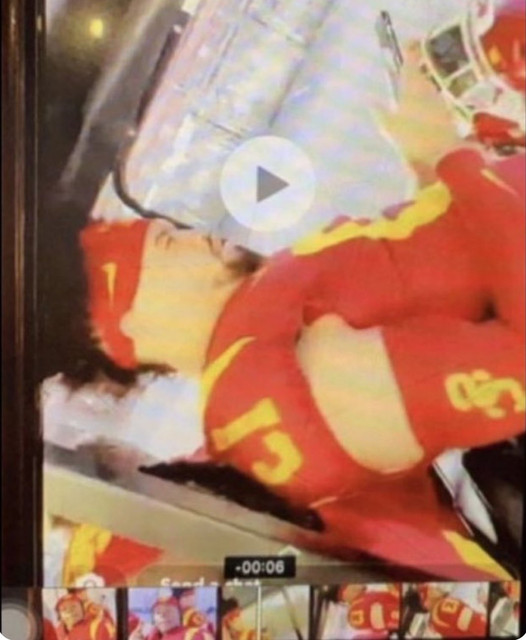