Cam Newton ‘Embarrassed’ Over Performance In Blowout Loss, Knows His Job Is In Jeopardy 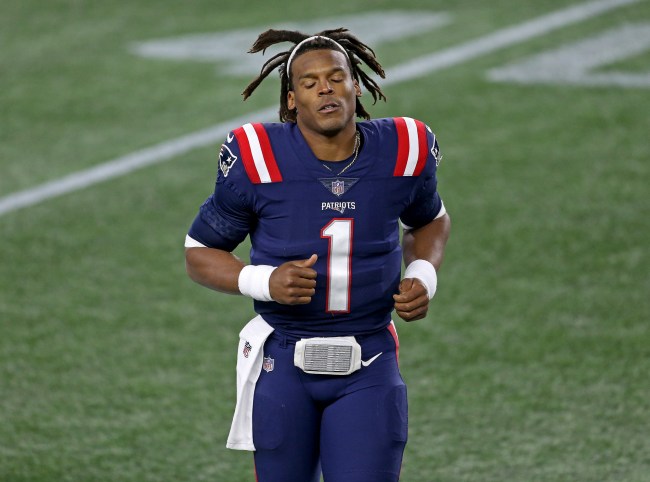 But just how bad?

9-of-15 for 98 yards with three interceptions bad.

Forcing us to consider the opinion of Jeff Garcia bad.

Bill Belichick said he’s “absolutely” sticking with Newton as his starter heading into a Week 7 game against the AFC East-leading Bills, but Cam knows that his job is as secure as a virgin at prom.

Cam Newton, on @TheGregHillShow, on being pulled from game early in fourth quarter: "For any type of competitor, do you feel embarrassed? Yeah. … The first thing I said to myself coming home was 'You keep playing games like that, bro, and it's going to be a permanent change.'"

“I don’t fear my position stability more so than controlling the locker room. Performances like yesterday jeopardize [that]. It’s like, ‘Oh my God!’ Players talk, and that’s what’s most important to me. Knowing you have your coaches’ belief [is good], but my belief is that I want to have the whole facility. …It doesn’t start with no miraculous play. It’s a whole body of work that goes into performing on Sunday.”

For the first time since 2002 the Patriots have lost three straight, on a day when Tom Brady became the NFL’s all-time leader in touchdown passes. As a New Englander who runs on Dunkin’ and Parliaments, the dopamine dropoff has been sudden and painful. I’M HAVING NIGHT SWEATS MAN.