Cam Newton Could Join This NFL Team, But Only On 2 Conditions 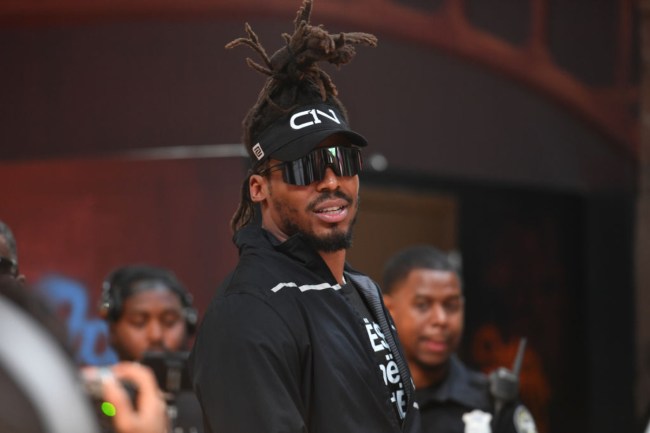 Cam Newton may very well end up back with the Carolina Panthers this offseason, but under two very noteworthy conditions.

According to the Charlotte Observer, the Panthers are “open” to bringing back the 33-year-old QB under the conditions that he would not be entering training camp as the starter and he would have to agree to a smaller salary.

After Sam Darnold went down with a shoulder injury last season, the Panthers signed Newton to a one-year deal in November. He went 0-5 as a starter after his re-arrival in Carolina.

The Panthers at least being “open” to the idea of bringing back Newton shouldn’t come as a surprise.

Earlier this month, Carolina general manager Scott Fitterer explained that he was still in contact with Newton and ran into him at the Kentucky Derby.

“I think we’re still having thoughts. We have to see how this works out here throughout the spring. I just happened to be up at the [Kentucky] Derby last weekend and Cam was up there. We’re texting a little bit,” Fitterer explained.

“The lines of communication are open. I know Coach Rhule has spoken with him. We are going to have a discussion at some point but we’re just not quite there yet, but we’ll see how it goes. The more competition we have at that position the better.”

At the moment, Sam Darnold is set to be the starter for the Panthers this season while rookie Matt Corral could grab the QB2 spot on the roster after Carolina drafted him in the third round of this year’s NFL Draft.