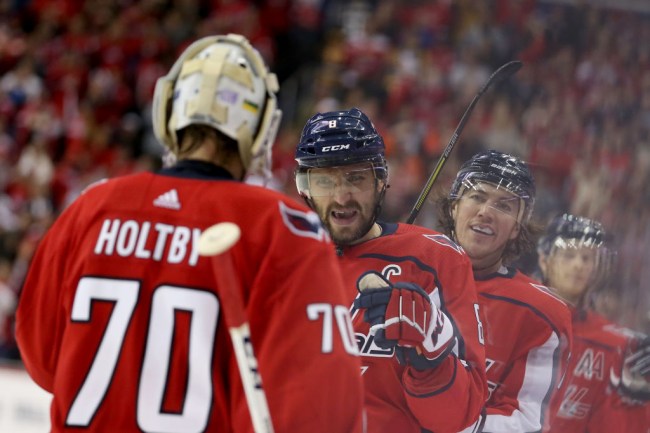 They don’t always make the headlines or get the clicks, but there are some damn good people out there.

In the wake of the October 27 shooting at the Tree of Life Synagogue in Pittsburgh where 11 people were shot dead and six wounded, support for the victims and their families has come from all corners of the earth, regardless of race, religion, or political affiliation.

One of those altruistic gestures came at the Washington Capitals vs. Pittsburgh Penguins game Wednesday night in D.C.

The Caps announced that the team was donating half of the 50/50 raffle at Capital One Arena to the Jewish Federation of Greater Pittsburgh, which would ultimately benefit the victims and families of the Tree of Life Synagogue.

As ESPN reports, the jackpot grew to $38,570 during the night, with a Capitals season ticket holder winning the non-donated half of over $19,000.

Most of us would be ecstatic to win nearly $20K and start looking on the internet for mini ponies.

According to the Capitals, the fan waived the entirety of his $19,285 and donated his portion of the winnings back to the pot for the Jewish Federation of Greater Pittsburgh.

Amazing Story: Last night’s 50/50 raffle winner, a #Caps Season Ticket Member, chose to waive their prize so @MSEFndn could donate the total $38,570 jackpot raised to @JewishFedPGH to benefit victims and families of the Tree of Life Synagogue in Squirrel Hill. #StrongerThanHate https://t.co/OhVSLqOvTT

The Penguins and Caps have one of the biggest rivalry in sports, but it was refreshing to see the two organizations come together to fight hate.

Some things are bigger than hockey.

Thank you to the @Capitals and @MSEFndn for helping to raise money for the victims and families of the Tree of Life Synagogue. https://t.co/4tQTsmNJA5

As far as the identity of the fan, I cannot find any site or social media post that has identified him/her. As if giving away nearly $19K+ in winnings wasn’t a kind enough gesture, refusing any praise for it is just next level human being.