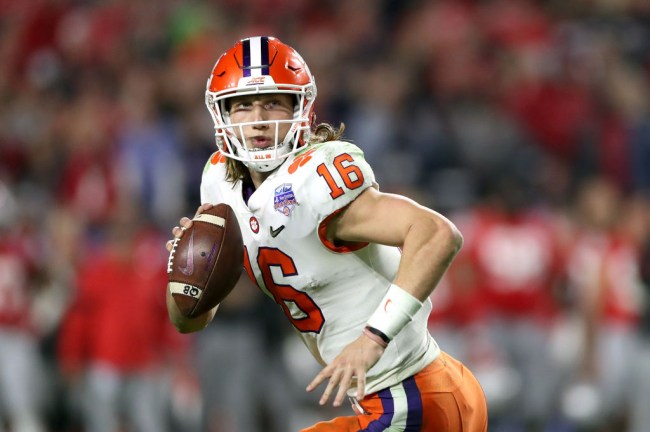 The Miami Dolphins have been consistently underwhelming over the last decade or so and have only managed to reach the playoffs a single time since 2009 while dealing with a revolving door of head coaches and starting quarterbacks.

As a result, the ‘Phins have been in the middle of a perpetual rebuild that has seemed to last for ages but have had their efforts stymied by continually being just mediocre enough to not be able to land a pick near the top of the draft, which has resulted in them being unable to land a potential franchise player.

Last year, a journalist for The Miami Herald suggested the team was planning to #TankForTua in an attempt to get their hands on the Alabama quarterback, as Tagovailoa was widely viewed as the prospect with the most potential heading into the most recent college football season.

Of course, that all changed when Tagovailoa suffered a brutal season-ending hip injury and Joe Burrow emerged as the man favored to go first overall after leading LSU to a championship during his Heisman-winning campaign. However, the Dolphins were so incompetent that they couldn’t even tank properly, as they ended up winning five games when everything was said and done.

Interestingly enough, Miami could still pick up Tagovailoa thanks to the hit his draft stock took when he was sidelined but it appears another team may try to do what the Dolphins couldn’t next season in an attempt to land Clemson QB Trevor Lawrence.

According to Bleacher Report, a number of people around the league are convinced the Carolina Panthers are gearing up to #TankForTrevor, as the team has engaged in some questionable trades and roster moves that make it seem like they’re doing everything in their power to end up in the bottom of the standings when everything is said and done.

Panthers owner David Tepper hasn’t been shy about sharing his concerns about Cam Newton’s health and the quarterback is reportedly on the trade block, so all signs point to this being a transition year in the hopes they’ll be able to reboot by being purposefully shitty.

It’s certainly not the best news for Panthers fans, but when you consider a sizeable chunk of Carolinians also root for Clemson, at least they’ll have something to cheer for.