Charles Barkley Takes Another Shot At Kyrie Irving, Claims He And Durant ‘Aren’t Tough Enough’ To Play In New York 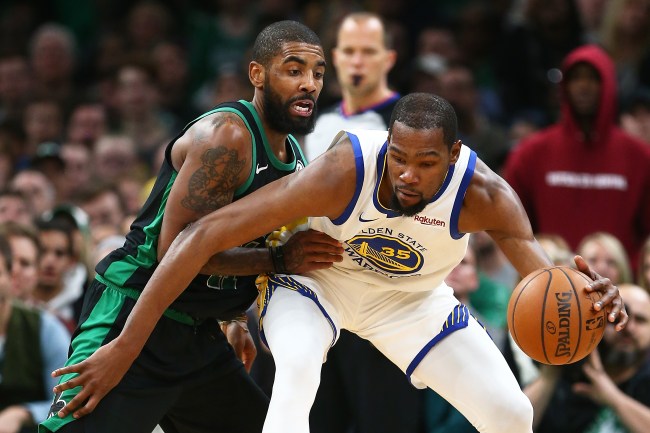 Days after saying Kyrie Irving is “one of the most miserable person I’ve ever seen,” Sir Charles is back stirring the pot.

During a media event for coverage of the 2019 NCAA tournament, Jimmy Traina of Sports Illustrated asked Barkley what advice he would give to Durant, an unrestricted free agent after this season, about possibly signing with the Knicks over the offseason.

His response: “You ain’t tough enough to play in New York.”

Barkley then dragged Kyrie Irving, also a free agent at the end of the season, into the mud.

“I don’t think Durant or Kyrie are tough enough to play in New York. Kyrie’s a very good player. Kevin’s a great, great player. But Im not sure they have the mental make up to play in NY. Those guys are complaining about the media asking questions. Maybe New York isn’t for them…New York is a different animal.”

Ruthless, but Barkley has a point. The media has visibly unhinged Kyrie many times during the Celtics’ tumultuous season, causing many to question his leadership capabilities. Kyrie has expressed his frustration people always overanalyzing everything he does and all the rumors surrounding his status with the C’s. Just last week, he sulked to the media about never wanting to be famous.

Irving recently apologized for his temperamental treatment of the media, telling Yahoo:

“The way I’ve handled things, it hasn’t been perfect. I’ve made a lot of mistakes that I take full responsibility for. I apologize.”

Durant, as we know, has gotten so triggered by Twitter eggs that he felt compelled to make burner accounts to defend himself. I’m not sure any more evidence needs to be provided.