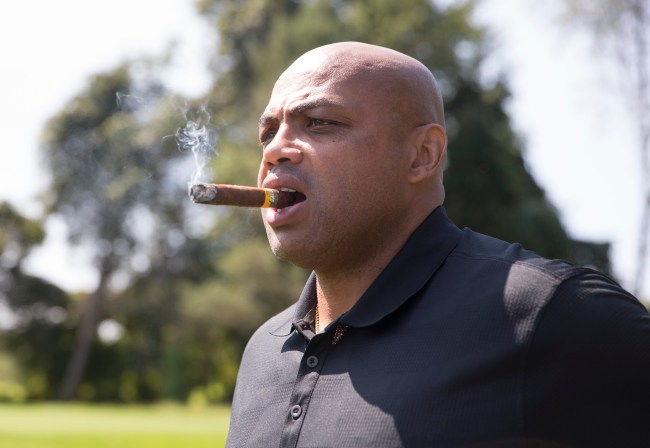 Hockey fans and basketball fans go together like toothpaste and orange juice. The seasons run simultaneously, and hockey fans are perpetually salty about the NBA getting the lion’s share of the national spotlight, especially seeing as the style of play in the NBA is increasingly turning away from everything the NHL stands for.

So when Charles Barkley made an appearance on NBC’s intermission show between the first and second period of Game 7 of the Stanley Cup Final, hockey purists’ eyes rolled in the back of their heads when they were forced to listen to Barkley call Sidney Crosby the “Kawhi Leonard of the NHL.”

Barkley’s hockey opinions took a backseat to the ludicrous outfit he rocked to the TD Garden: a blue polo with a lighter blue buttoned-down shirt.

Kawhi Leonard is the Sidney Crosby of the @NBA, according to Charles Barkley. 🏀🏒

Sir Charles’ fit spawned some excellent reactions on the interweb.

why does charles barkley look like the head pharmacist at a best buy pic.twitter.com/NTgzmQ4jqD

Charles Barkley looks like he doesn’t wanna pay for a baggage fee so he’s just gonna wear everything on the plane. pic.twitter.com/DkAGTD4yRH

Charles Barkley looks like he left the house for a quick wal mart run and accidentally wound up at TD Garden.

Charles Barkley: I need to show hockey Twitter how little I care

Charles Barkley talking hockey while rockin’ a polo underneath an unbuttoned dress shirt. This is something I didn’t know I needed in my life. pic.twitter.com/IrqYd8dpVw

Barkley is the puppeteer and has us all on a string.