A Minor League Baseball Team Canceled A Promotional Night Inspired By The O.J. Simpson Trial Due To The Backlash It Should’ve Seen Coming 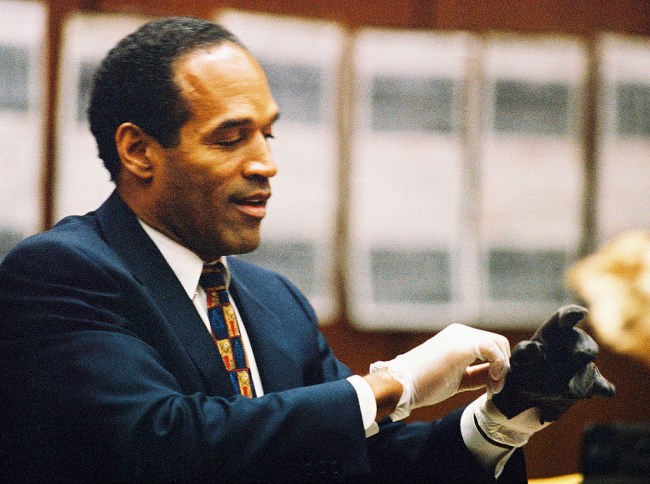 One of the biggest challenges minor league baseball teams face (aside from figuring out how to pay players a living wage) is coming up with ways to get fans in relatively small markets to shell out their hard-earned cash to watch a bunch of guys they’ve never heard of deliver a comparatively subpar product on the diamond.

As a result, I’d argue that it’s the people in the marketing department—not the players—who are actually the most valuable assets a minor league team has at its disposal, as they’re the ones who really do the legwork when it comes to putting asses in the seats.

Over the years, teams have dreamed up countless promotions in an attempt to draw fans in, including wearing jerseys inspired by Dad Bods as well as Backyard Baseball.

However, there’s one particular way to lure in spectators that trumps all of the rest: free shit.

When I was a kid, I attended a number of games at my local Double-A affiliate solely to score a bat or a bobblehead, and earlier this week, the Charleston Riverdogs (the Yankees’ Single-A team) decided to get in on the action by announcing fans who attend a game on May 26th would get a shirt upon entering the gate.

However, the team ran into a slight problem when the promotion was announced, as the shirts in question were being produced for what was dubbed “O.J. Trial Night,” an evening inspired by the double murder case that the former NFL star found himself at the center of in 1995.

Based on the event description, it appears the organization decided there was no better way to have fans vote on whether or not they like pulp in their orange juice than by exploiting a trial concerning multiple homicides:

“The trial of the century gets a juicy new spin. We will finally receive the verdict that everyone has been waiting for…pulp or no pulp?

Fans will act as our jury, voting with custom paddles to reach verdicts on various topics throughout the night. The eyes of the nation will be upon us. Fans will receive an ‘OJ Trial’ shirt upon entering the stadium. If the shirt don’t fit, you must…see if we have a different size.”

The team immediately came under fire from people who were vocally opposed to the concept when it was first unveiled, and on Thursday, The Post and Courier reported the Riverdogs had a change of heart, with president Dave Echols saying, “After taking a step back and having further reflection on the overall message that was being conveyed, it was the responsible thing to do.”

Sure, they could’ve pivoted to the other O.J. Simpson trial that ended up with him actually going to prison but this was probably a better move.