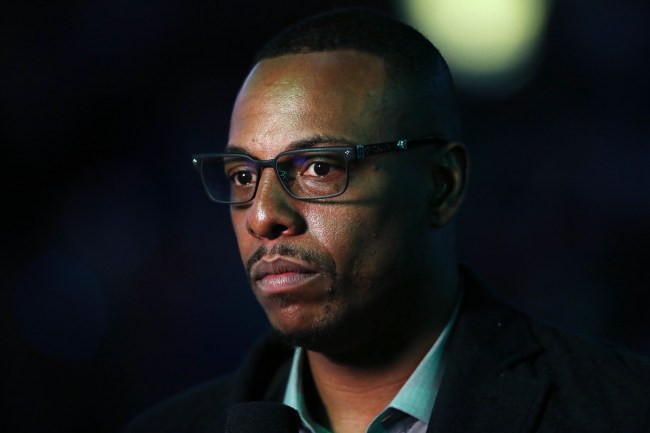 It took nearly two years, but Isaiah Thomas finally got his moment. Before the Celtics/Nuggets game on Monday night, the Celtics played an incredible extensive tribute video for the beloved guard who for two years re-ignited Boston’s fanbase with hope that had been absent since the Big 3 era. Thomas has been open about his unconditional love for Boston and its fans, who gave him a two-minute long standing ovation following the emotional video.

The 5’9” point guard left a permanent impression on the city despite being in green and white for just two years. He set the Celtics franchise record with 43 straight games with 20+ points, breaking John Havlicek’s record set in 1972 en route to his second straight All-Star season.

The video came over a year after an awkward scheduling conflict in which Paul Pierce declared that the Celtics shouldn’t interrupt the night of his jersey retirement in Boston to honor IT, as the organization originally intended to do. The Truth came off a bit petty, and the incident birthed the famous Draymond Green trash talk: “They don’t love you like that. Thought you was Kobe.”

Welp, during ESPN’s NBA studio show last night, Chauncey Billups picked a tender scab when he confronted Pierce about blocking IT’s tribute video a year ago even after IT let Pierce drill a three in his face in the waning seconds of a game at the TD Garden.

Things get awkward with Paul Pierce when confronted about the IT tribute video, tries to excuse it, eventually says "That's my night. If you don't like it, oh well." pic.twitter.com/ylwMPb9D0o

Pierce is probably in the wrong here, but you gotta sympathize with where he’s coming from. Pierce was with the C’s for 15 years and battled through some of the worst seasons in Celtics history. Can’t really blame him for being spiteful about a guy coming into Boston for a cup of coffee and fans treating him like Jesus of Nazareth.

Chauncey Billups continuing to ride Pierce over the Isaiah Thomas tribute video is hilarious because he's so right and Pierce has no defense.