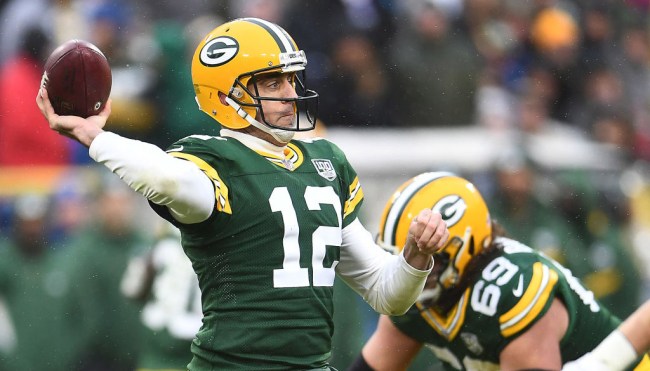 One thing is almost guaranteed if you are a coach of a professional sports team: you will be fired at some point. Almost no one is safe. You can lead your team to the playoffs nine times in 12 years, win 61 percent of your games, and even win a championship, and sometimes that’s simply not enough. Just ask Mike McCarthy who was fired on Sunday after the Green Bay Packers fell to 4-7-1 following an embarassing loss to the Arizona Cardinals.

That sort of thing happens when your franchise quarterback pretty much throws you under the bus in a very public forum. It was just a few days ago that Sports Illustrated’s MMQB wrote about McCarthy and Aaron Rodgers…

The questions about the coach-quarterback relationship have heated up with every Packers loss this season. Even after a win over Buffalo, Rodgers criticized the offense and blamed the game plan. “It was as bad as we’ve played on offense with that many yards in a long time,” he said. “There was no flow to the game… We were championship defensive level and non-playoff team offensive level today. That was not great, by any stretch of the imagination.” (Rodgers later clarified that he put most of the blame on himself rather than the coaching staff.)

That mini-controversy was nothing compared to what CBS cameras captured during a victory over the Bengals last season. After taking a sack late in the third quarter, Rodgers looked to the sideline. It didn’t take an expert lip-reader to decipher his message. “Stupid f***ing call!” And then again for good measure. “Stupid f***ing call!” The following week, when Rodgers walked into his individual meeting with McCarthy, the head coach had the broadcast clip pulled up on the screen, ready to review and discuss. Early in Rodgers’s career, McCarthy spent a lot of time coaching him to better control his body language when he was frustrated. That day, they had something of a refresher course.

And if you think this sort of thing is something Rodgers might not have wanted leaked to the public, think again.

“Aaron won’t be upset this story is being written and some of these frustrations are getting out there,” says a source close to Rodgers.

Following McCarthy’s firing (on Aaron Rodgers’ birthday), former Packer Mark Chmura had some of his own not very nice things to say, but his criticism was directed at the quarterback.

“Aaron’s not going to come out of this looking good. Aaron might be happy, but Aaron, to me, looks like the prima donna basketball player in the NBA that wants his coach fired. There were rumblings last week — cause I listen to a lot of the national media — that were saying Aaron Rodgers is difficult to coach, whether that’s because he’s smart or whatever the case may be. He might be happy, but I don’t think he comes out of this looking good. He got his coach fired.”

Aaron Rodgers? A prima donna? Where, oh where, could he possibly have learned that kind of behavior?