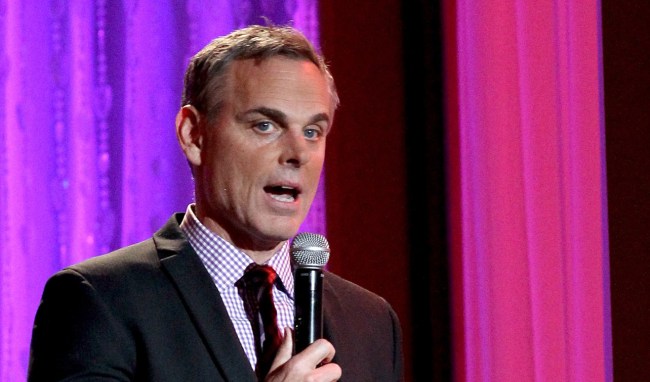 Colin Cowherd took some time off after going through a health scare on Super Bowl weekend but returned to the airwaves on Monday. In typical Cowherd fashion, he brought the heat.

Cowherd’s brain has essentially come up with this rule where NFL quarterbacks shouldn’t be allowed to wear a backward hat because ‘they look like a frat boy,’ but after Tom Brady wore one during the Buccaneers’ Super Bowl boat parade Cowherd has backtracked on his rule.

“New rule. I hate backward hats, but apparently, you’re allowed to wear one if you win your seventh Lombardi Trophy,” he explained on Monday’s edition of ‘The Herd.’

"If you win a 7th Lombardi Trophy, I'm not going to call you out." — @ColinCowherd pic.twitter.com/XDSBkVJMEV

Back in September, Cowherd legitimately got onto Wentz for the way he wears his hat. He even implied that it hurts his image as a franchise quarterback. Cowherd even went into some odd character with a very unique voice while making fun of Wentz and his hat.

As I said, the man hates the backward hat look.

Colin Cowherd Gets On Philadelphia Eagles Quarterback Carson Wentz For Wear His Hat Backwards As A Franchise QB. Do he have a point? pic.twitter.com/t43xoRlUQ4