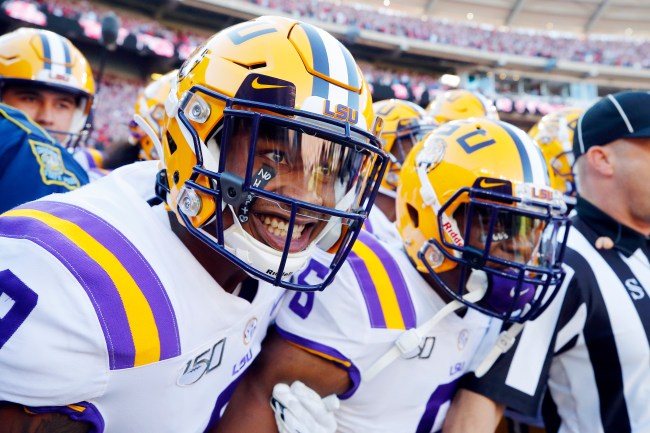 As the college football season continues to try and sort itself out — following a week that saw both the Big 10 and Pac-12 bow out of playing this upcoming campaign because of concerns over COVID-19 — the NCAA Chief Medical Officer, Brian Hainline, didn’t exactly give a rousing vote of confidence to those universities that have decided to participate in playing.

During an interview with CNN over the weekend, Hainline didn’t sugercoat his medical opinion when it came to the decision for conferences like the SEC, ACC and the Big 12 to go ahead with a college football season. In fact, Hainline all but trashed the idea that it’s safe to play the sport at this current moment because of the lack of reliable testing in the United States. Take a look at some quick nuggets that Stewart Mandel of The Athletic tweeted out from Hainline’s appearance.

It sure does seem like the NCAA, while powerless to prevent the SEC and peers from pressing forward, is trying to guilt them as hard as possible.

Now, the state of the 2020 college football season is something that’s been debated for, oh, the past eight months, with many medical experts (like Hainline) suggesting that there’s no reason for 150+ college athletes should get together on a football field each Saturday during the fall. While that may upset sports fans, the fact of the matter is, if it leads to more people spreading COVID-19, it needs to be paused.

Still, star players like Trevor Lawrence of Clemson and Justin Fields of Ohio State are trying to lead the charge to get the college football season to be played as it usually is, meaning both the Big 10 and Pac-12 overrule their previous decisions not to participate. Hell, Fields even started a petition to try and change things, which has gotten a lot of traction in the past few days.

But with a (hopefully) once-in-a-century pandemic currently going on, it just seems smarter to listen to the advice of medical experts, who have studied things like this for decades or longer. Of course, nobody wants to do the sensible thing — because we all want life to return to normal, which would include a traditional college football season — but, as 2020 has forced us to do so far this year, we need to adapt based off the information we have. So Hainline suggesting that things should be paused for the foreseeable future should be the latest signal that leagues need to look long and hard at delaying or cancelling the season.

The last thing anyone wants to see is COVID-19 continue to spread and royally fuck things up for everyone. Even worse, nobody wants to see a player die because of this virus. So, while the NCAA and universities are set to lose billions of dollars without a season, if it isn’t safe, leagues need to start listening to people like NCAA Chief Medical Officer Brian Hainline.