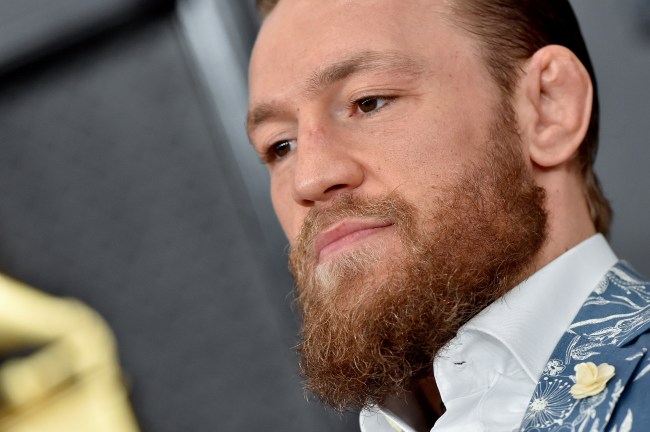 We are just one month removed from the heart-warming news of Conor McGregor purchasing his girlfriend a golf ball-sized engagement ring after leaving her in limbo for 12 years.

Who knows where wedding planning stands today after the former two-division champ was reportedly arrested this weekend in the French island of Corsica for indecent exposure and suspicion of sexual assault  before he was released without charge the following day.

According to new details obtained by The Sun, the 32-year-old McGregor “exhibited his private parts to a young married woman” in a Corsica bar after a heavy day of drinking, leading police to raid McGregor’s multi-million dollar yacht.

The report reads: “According to a witness who spoke with the complainant that same evening and whom we were able to question, McGregor, accompanied by his bodyguards, allegedly exhibited his private parts to the young woman without her consent as she made her way into the bar toilets.”

The source said what happened “deeply shocked the woman, who was on holiday in Calvi with her husband”.

In since-deleted tweets obtained by Give Me Sport, McGregor posted a couple worrying messages in response to a BBC Sport article posted on Twitter which labeled the Dublin native as ‘English’.

A Twitter user then responded to the story saying: “They can have him; the BBC is correct @TheNotoriousMMA is English.” 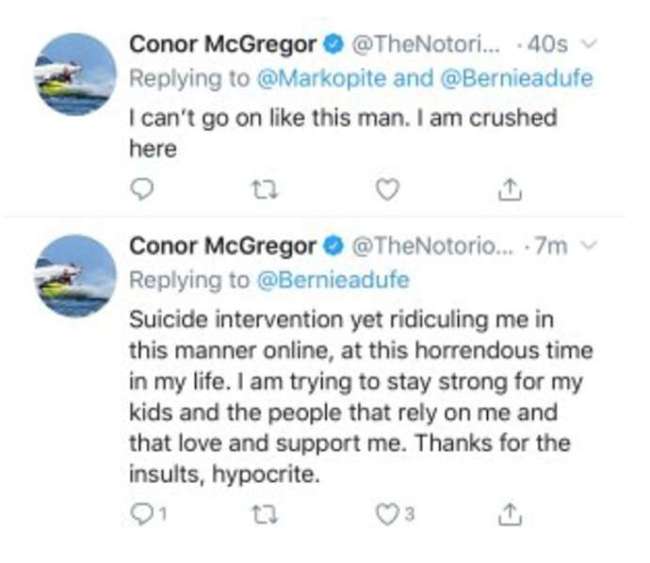 When asked about the allegations, UFC President Dana White could only lament on how wild things can get when you live Conor’s lifestyle.

“That kind of a life, crazy sh*t happens when you’re in that type of lifestyle,” he told reporters after UFC Vegas 10. “You try to go out and act normal and be normal, and it’s hard to do sometimes.

“I’m not defending Conor in any way, shape, or form. I don’t know enough about the situation to talk about it all. But I do know I’ve gone out with him before, and it’s batsh*t nuts.”

“I am irate and putting out a warning loud and clear: Conor McGregor is not and will not be a target for those seeking to score a headline or a payday.”