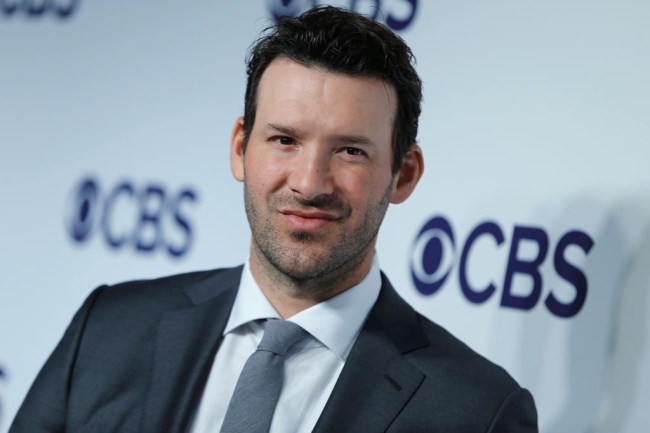 It’s not a matter of if, it’s a matter of when Tony Romo receives a mega-deal from a media company. The former Dallas quarterback has absolutely dominated the commentating game for CBS alongside Jim Nantz, but nobody really knows the kind of money that is going to be thrown his way other than the fact that it’s going to be a very large sum.

He’s expected to become the highest-paid on-air personality and a recent report has suggested he could be offered anywhere between $15 and $20 million per year, which is actually a higher salary than a number of starting quarterbacks in the NFL.

It has been reported that ESPN could offer Romo a huge deal to join the Monday Night Football crew and while that’s without question one of the most sought out commentating roles in all of sports, it does come with a bit of a catch.

Dan Patrick brought this up on The Dan Patrick Show on Wednesday explaining that money isn’t the factor here because whatever ESPN may offer CBS will match that number. However, Patrick explained that if Romo does decide to sign with ESPN he’s not just signing up for Monday Night Football, he’d be pulled in every direction imaginable having to appear on many of the network’s shows. His CBS gig is much more laid back and allows him to play golf pretty much whenever he wants.

Patrick certainly isn’t wrong here. While Romo may make an extra million or so at ESPN, he’d be held accountable for showing his face pretty much everywhere on the network.