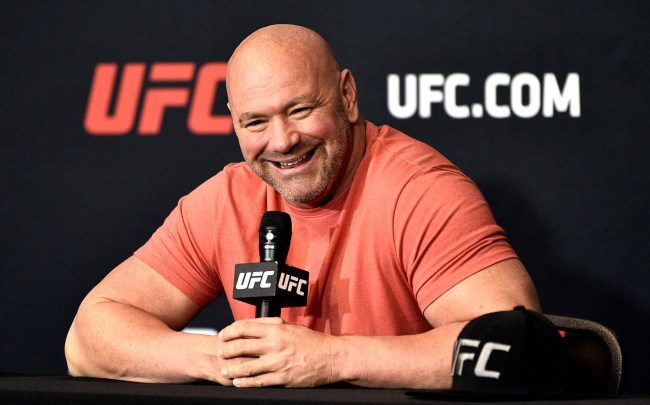 Outspoken UFC president Dana White fired up his feud with Oscar De La Hoya once again when asked about the legendary boxer saying he plans on coming out of retirement at the age of 47 and more than a decade after his last fight.

“The rumors are true, and I’m going to start sparring in the next few weeks,” De La Hoya told ESPN last week. “It’s a real fight. I miss being in the ring, I love boxing. Boxing is what gave me everything I have today, and I just miss it.”

White also said about the retired boxing champion, “I hope someone talks De La Hoya into fighting again. I hope the state of California makes the fight. And I hope he gets f***ing knocked out just like Chuck Liddell did, in the first round… f***ing cokehead nutball.”

Saturday night after UFC on ESPN 15, White asked about the boxer coming out of retirement and took another massive shot at his archenemy, “Cocaine isn’t cheap. It’s expensive. You’ve gotta make money.”

De La Hoya has said he would like to come out of retirement to fight Conor McGregor. In May, McGregor even went so far as to accept De La Hoya’s challenge. Not sure at this point, considering each fighter’s complete lack of activity, that any fight fans out there would really care if they actually did end up doing it.