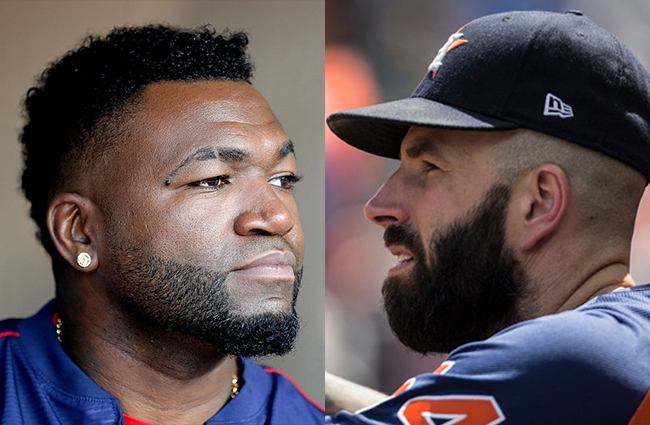 I was absolutely crazy about baseball when I was growing up and lived and died with the Red Sox to a point where I refused to go to school because I needed a day of mourning after Aaron Boone took Tim Wakefield deep to end the 2003 ALCS (thankfully, my parents were nice enough to let me skip another day after they won the World Series the following year so I could go to the parade in Boston).

However, I’ve slowly gravitated away from the sport due mostly to the fact that I’m now a functioning adult who can’t fathom how the hell people find time to watch their team play 162 three-hour games every season while still having a life.

Another one of my issues is that the MLB seems to lack the drama that makes following other leagues so much fun; I’m not suggesting the games themselves aren’t exciting but there seems to be a comparative lack of pettiness and bad blood between players off of the field like you find in other sports.

With that said, I’ve recently found myself very interested in baseball yet again thanks to the saga that began back in November when former Astros pitcher Mike Fiers accused his old team of stealing signs in a blatantly illegal manner to give themselves a competitive advantage during a 2017 season that ended with them winning the World Series.

We’ve done some pretty exhaustive coverage of this ongoing clusterfuck if you need to get up to speed as people around the baseball world continue to react, and now, David Ortiz has entered the chat to chime in on the matter.

Fiers—who recently said he’s not afraid of facing retribution for blowing the whistle—was essentially labeled a snitch by ESPN’s Jessica Mendoza, and now, Ortiz has taken aim at him for waiting as long as he did to come forward.

David Ortiz has an open invite to the family BBQ. pic.twitter.com/NwEUNu2vMR

Here’s what Big Papi had to say:

“I’m mad at this guy, the pitcher who came out talking about it. And let me tell you why.

Oh, after you make your money, after you get your ring you decide to talk about it. Why don’t you talk about it during the season when it was going on? Why didn’t you say, ‘I don’t want to be no part of (this)?’ Now you look like a snitch. You know what I mean?

Why do you have to talk about it after? That’s my problem. Why did nobody say anything while it was going on?”

The former Red Sox slugger definitely makes a valid point here but I would like to note Fiers was in a bit of a difficult situation.

As a pitcher, he wasn’t directly reaping the same benefits that position players were (although I’ll admit I have no idea if he took advantage during games against National League teams) and deciding to come forward to accuse the team you play on of cheating isn’t exactly the best way to make friends in the clubhouse or get a contract extension.

Additionally, Fiers’ former teammate Ryan Butcher claims the pitcher told him he’d gladly return his World Series ring if anyone who was on the team with him at the time was suspended, which ultimately didn’t happen because Rob Manfred is handling this crisis about as well as BP did when the Deepwater Horizon started spewing oil into the Gulf of Mexico.

As things currently stand, Fiers could really make a splash if he announced he’ll be forfeiting his ring regardless but I’m not holding my breath.