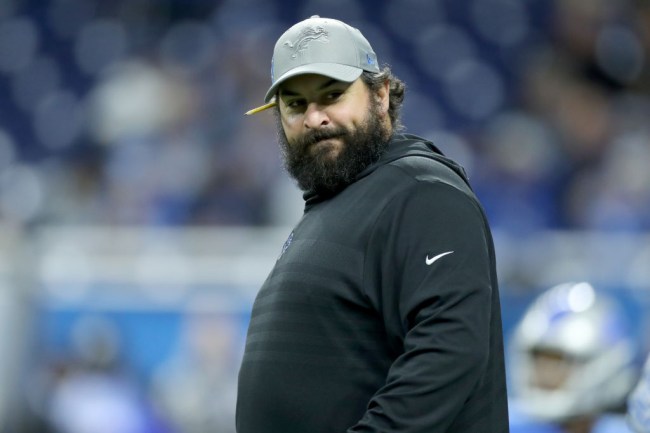 At the midway point of the season, the Detroit Lions find themselves in the basement of the NFC North with a record of 3-5. Rookie head coach Matt Patricia hasn’t exactly charmed the Detroit media, with his prickly personality not doing much to help the stench of losing.

The mutual frustration came full circle this week, starting earlier in the week when Patricia called out a reporter for….his posture. The reporter had asked a question about how the Golden Tate trade would be advantageous for the franchise, when the 44-year-old coach treated him like a baby in a high chair.

"Have a little respect for the process" pic.twitter.com/1XS3LiVROI

For the Win transcribed the interaction:

Reporter: “Why do you think this move makes your franchise better?”

Patricia: “Ah, well, you know. Do me a favor just kinda sit up, just like, have a little respect for the process. Every day you come and ask me questions and you’re just kinda like you know, ‘gimme this.’ “

Patricia: “I’m asking just to be a little respectful in this whole process.”

Patricia: “So ask me a question professionally and I’ll answer it for you.”

Mind you, this all went down before the Lions were beaten convincingly by the Minnesota Vikings in a game where Matt Stafford was sacked TEN (10) TIMES and the team looked utterly unprepared from a coaching standpoint.

After the game, The Detroit News plastered this headline across its sports page, referencing the ‘posture’ bickering from days before.

Yeah, we went there. pic.twitter.com/mmVXuWQtdI

Matt Patricia: the moral authority on posture and respecting the process.

Matt Patricia tears into a reporter for having bad posturehttps://t.co/zEx9PwkUnN pic.twitter.com/AmLpZbzsof