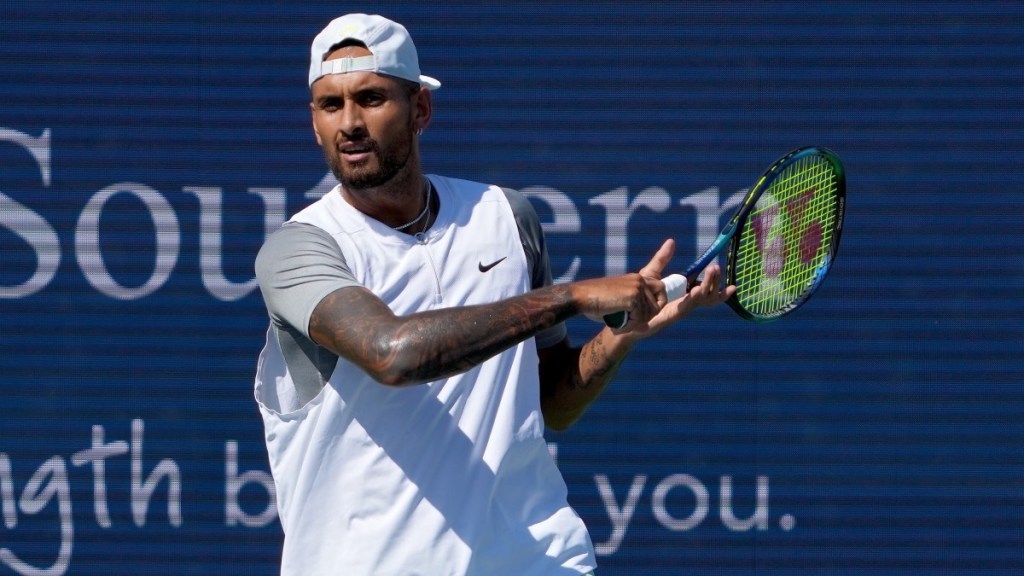 Australia’s Nick Kyrgios marches to the beat of a different drum. He’s unlike any other professional tennis player of his generation and prone to both greatness and great outbursts on any given point.

It might come as a surprise given that he was born in Canberra, Australia but he’s a diehard Boston Celtics fan. Kyrgios grew up playing basketball until his early teens when he left the hardwood court to focus on tennis full time and it’s a decision that worked out brilliantly for him. He has already earned $11,823,860 in prize money playing tennis by the age of 27.

One mystery that seems to surround Nick Kyrgios is whether he invites controversy everywhere he goes or if controversy follows him. The true answer is that it’s a bit of both. He is a well documented trash talker who won’t hesitate to chuck fans out of matches. Kyrgios is outspoken during matches and has asked fans to call his shot or turned diss girlfriends mid-match.

One of the characteristics that makes Nick Kyrgios so interesting is you never know what he’s going to say or do next. Case in point, he recently sat down for an SI interview with Jon Wertheim where he says he’s thrown tennis matches when the Celtics lose. He simultaneously admitted his biggest vulnerability on the court:

SI’s @jon_wertheim asked Nick Kyrgios whether his obsessive fandom for the Boston Celtics had any carryover to his tennis https://t.co/5XfZv3c1Dp pic.twitter.com/ga9Cpo63UJ

The full paragraph in the Sports Illustrated article reads:

Earlier this summer, I asked Kyrgios whether his obsessive fandom for the Boston Celtics had any carryover to his tennis. He started laughing before speaking and said this: “I’ve literally thrown tennis matches if they’ve lost in like, double overtime. If someone plays me and they know the Celtics have lost, that’s [their] chance. That is for sure your best chance [to beat me], to play me on that day.” If this were any other player, an admission of throwing a match, or “tanking” in tennis parlance—a cardinal sin and fineable offense—would make for A1 news. But with Kyrgios, it’s just Nick being Nick.

That’s just classic Nick right there! Telling the whole tennis world how they can beat him. Sure, it requires the stars and moon to align for a Boston Celtics loss. But all they need to do is show up wearing gear from the team that beat the Celtics and he’s dead in the water.

Kyrgios is currently the #26 ranked player in Men’s Tennis. He has won just 1 singles title in 2022 and 3 doubles titles. He is set to begin US Open play on August 30th against Thanasi Kokkinakis.

I haven’t followed his 2022 that closely but it was fascinating to see him become the first player in history to get a bye, or ‘walkover’, into the Wimbledon Finals. This came after Rafael Nadal withdrew from the Semifinals so he automatically advanced to the Finals where he faced Novak Djokovic. Ultimately, Kyrgios lost to Djokovic in a 3-hour match that finished 6–4, 3–6, 4–6, 6–7(3–7).

He’ll certainly be a force to be reckoned with at the US Open.

Nick Kyrgios remains the greatest showman in tennis. Like him or love him, he's must-see TV #Wimbledon https://t.co/iWKbqsufqL