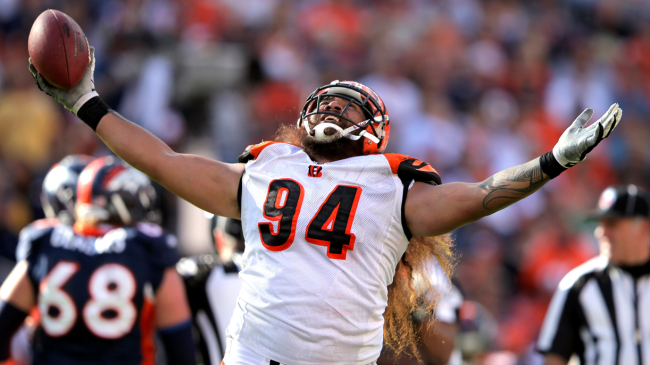 His father-in-law, Joe Chahayed, just made 1/47th of that by selling the winning $2.04 billion Powerball ticket this week.

The California convenience store owner, as a result of being in the right place at the right time, will take home a cool million dollars for selling the winning ticket.

Chahayed, who owns Joe’s Service Station, an ExxonMobil franchise, on Woodbury Road in Altadena, California, was surprised by lottery officials at his store early Tuesday with the huge news.

'Papa Joe' Chahayed, a Syrian immigrant gas station owner in Altadena, CA, received a $1M check of his own for selling the winning $2.04B Powerball ticket at his station.

The overall Powerball winner has not yet been identified. pic.twitter.com/1VbDBMLOV0

“I’m happy for California; I’m happy for L.A.,” Chahayed told the Los Angeles Times. “I’m more happy for Altadena. There are a lot of poor people here; they deserve it.”

His son Danny suggested, after finding out about his dad’s windfall, that he retire. No chance, said Joe.

Joe says he plans to share his lucky lottery prize with his 11 grandchildren and the rest of his family.

California schools will also receive $156.3 million as a result of the giant Powerball prize being won.

So far, the identity of the $2.04 billion dollar prize has not been identified.

“I’m hoping the person who won is actually from the community, so that way they know the struggles of the people around here and they can give back,” Danny Chahayed said.

Should they choose to do so, the winner has the option of taking a lump sum payment of $997.6 million.

The winner will also not be able to remain anonymous as California’s Public Records Act requires the name of the winner to be released.

There are just 19 states in America that allow lottery prize winners to remain anonymous.