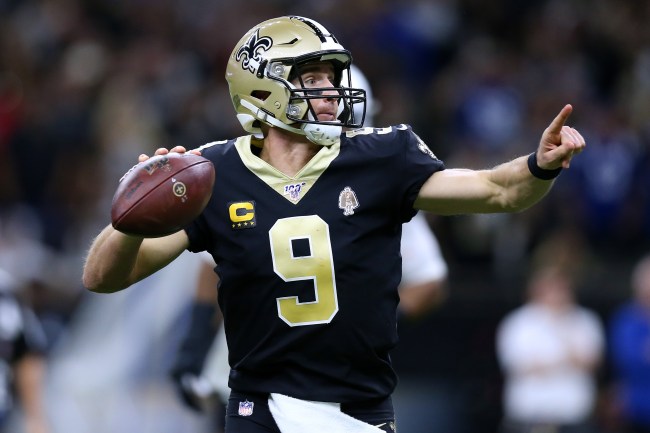 Drew Brees is one of the most successful quarterbacks in NFL history, with the current New Orleans Saints signal-caller already holding a ton of passing records — and he’s still going strong at the age of 40. But to reach the level that he’s gotten to today didn’t happen overnight, as Brees seemed to be doubted early in his career when he first started with the then San Diego Chargers.

For those who might forget his story, Drew Brees started 42 games for the Chargers from 2002-04, putting up decent numbers along the way, but failing to show enough consistency to prove that he was worthy of the franchise quarterback. After a 2003 season that saw Brees throw just 11 touchdowns to 15 interceptions, the team had a decision to make — select a quarterback to compete (and possibly replace) Brees, or roll with the incumbent starter. As most of us know, the Chargers decided to select Eli Manning (who they then traded to the Giants for Philip Rivers).

This is where the story gets pretty good, because, according to B/R Gridiron, Drew Brees warned the Chargers not to select a signal-caller in that draft, even going as far as saying that it’d be the “worst f*cking mistake” for the organization.

Obviously, the Chargers ignored the threat, sat the rookie Rivers behind Brees during the ’04 season — one in which Drew Brees earned his first Pro Bowl selection — and then decided to let Brees walk in free agency to hand the reins to Rivers in 2005. How’d that turn out? Well, while both have had great careers, Brees has already won a Super Bowl, and holds the NFL record for most passing touchdowns, most passing yards and most 300-yard passing games.

As for Rivers and the Chargers, the team has had solid seasons since he took over the starting gig, but have since moved to Los Angeles — where they’re not even cheered for in their home stadium. And, although Rivers will probably end up in the Hall of Fame someday like Drew Brees, when the two get compared to one another, it’s clear that the Saints quarterback has a much more impressive resume overall.