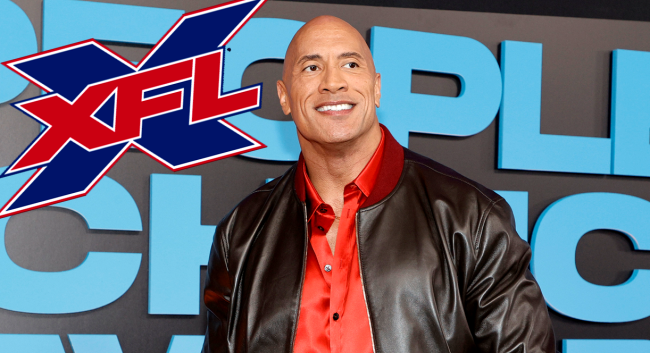 With the USFL making the big announcement on Thursday that they had signed four of their eight coaches, Todd Haley, Mike Riley, Kevin Sumlin, and Bart Andrus (sadly, no Gene Chizik), Dwayne Johnson was quick to jump on social media with a big update on his USFL competitor, the XFL.

After the XFL’s second implosion in 2020, The Rock, his ex-wife, business partner Dany Garcia, and a group of investors swooped in and purchased what little assets the XFL had left with the intention of creating version 3.0 of the league.

While the USFL announced it will officially be returning and beginning to play games in April of 2022, Johnson and Garcia announced last month that the XFL won’t begin play until February 18, 2023. She also subtly revealed what the teams’ uniforms will look like when they do take the field.

Related: The Rock Sounds Like He Might Put On The Pads And Play In The XFL Now That He Owns It

On Thursday, Dwayne Johnson went a step further with another announcement about the future of the league.

“This one goes out all us football fans out there, this is big, and this is exciting news,” The Rock said in his video.

“Guys, I’m so excited to let you know that one year from today, in exactly 365 days, we will kick off our official 2023 XFL training camps.

“I’m so excited about this, I know you guys are excited too, and all month long, this month, our team of XFL executives are out there scouting the next great players. And I can tell you this: as an XFL owner, and a man who has proudly put these calloused, dinosaur hands in the dirt all for the love of football, I can tell you that the XFL players will be the hardest, and hungriest players in the room.

“So football nation, we are building this for you. The XFL is watching, all for the love of football. Here we go, one year from today.”

We still don’t know if the XFL will be working in some way with the CFL, or even with 100 percent certainty what in cities the teams will play, but we do know that former NFL executives Russ Brandon and Marc Ross have been hired to run it.