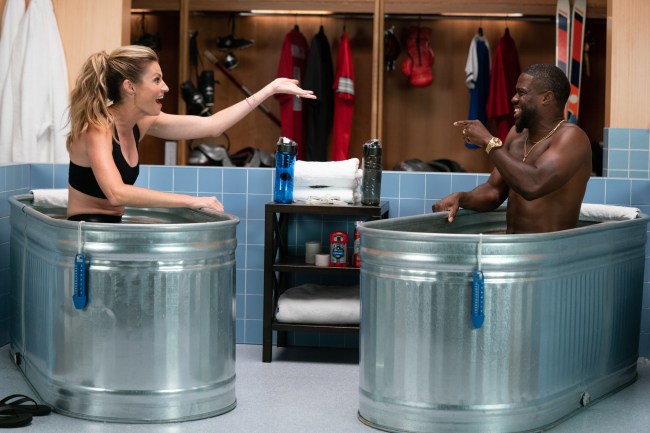 On the latest episode of Kevin Hart’s Cold As Balls, sideline reports Erin Andrews joined the comedian in the ice tubs (that Draymond Green claims aren’t actually cold – tell that to Ronda Rousey) and discussed numerous topics including Hart’s amazing drunken attempt to get on the stage with the team after the Eagles won Super Bowl LII. (If you somehow haven’t seen it. Stop now and go watch it.)

“When we got there, everybody just kept letting me by,” Hart told Andrews. “We didn’t have…”

“Except that one security guard,” interrupted Andrews.

“Yeah, he saved my life though,” replied Hart. “He saved my career, I’d definitely fall off that stage.” 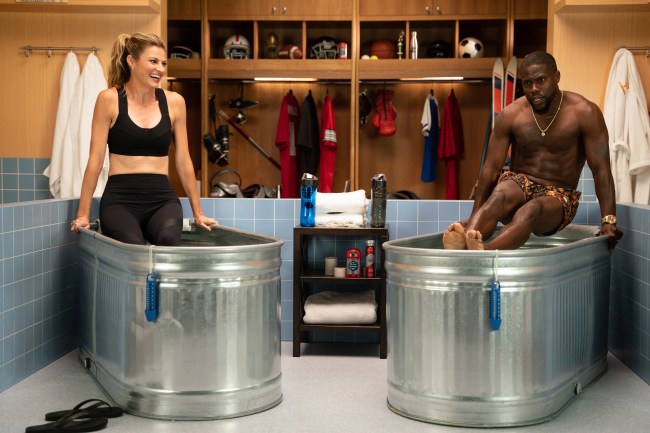 They also discussed her encounter with Richard Sherman that went viral after the NFC Championship game in 2014 and how she felt after that whole hotel room peeping video fiasco happened.

“I thought people were looking at me because they remembered the video that came out, or the fact that I had a stalker and everything like that,” Andrews told Hart, admitting that it bothered her up until sometime last year. 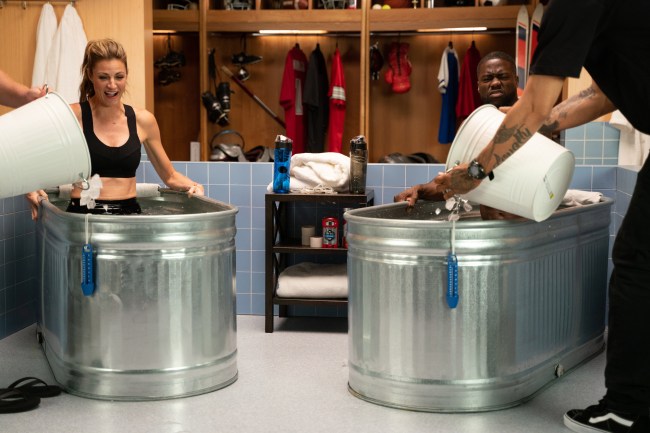 Hart and Andrews also talked the time when Oprah came to his house to interview him and she made him unplug all his phones.

“Oprah’s that powerful,” he said. “Oprah came to my house and we did an interview, and the phone rang and she said that can’t happen you gotta take the lines out.”

Good stuff. Check out the entire interview below.

Check out all previous and future episodes of “Cold As Balls” on the Laugh Out Loud app and LaughOutLoud.com.