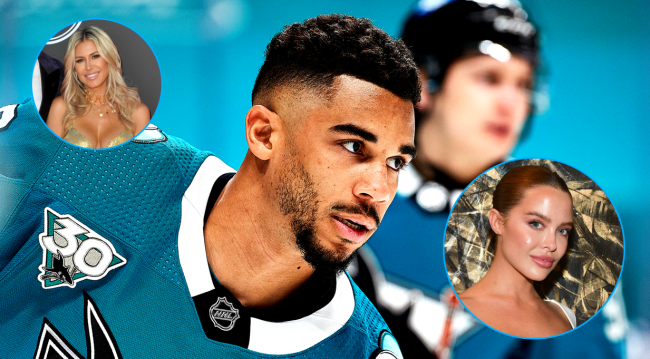 The drama surrounding NHL star Evander Kane and his estranged wife Anna appears to be showing no signs of slowing down.

A couple of weeks back, Anna Kane accused the San Jose Sharks player of kicking her out of the house because he has a gambling addiction and had been betting on his own games.

The NHL immediately released a statement saying they would be conducting an investigation into Anna’s allegations.

Related: Evander Kane Files For Bankruptcy After Managing To Rack Up Almost $27 Million In Debt

Shortly thereafter, Anna Kane, who is pregnant with the couple’s second child, took to social media once again and called out her husband for cheating on her with model Mara Teigen. She also directed a message at Teigen.

“So do u feel good about yourself f—ing my husband when I’m at home pregnant and he can’t even give me money to buy my daughter formula?

“Do you feel amazing with him? After he cheated on you so much that you broke up now you can do this to another woman?

“Crazy he said how ugly you were and how much surgery you had.. And how you had old rich sugar daddies while you were together? He cheated on you so much and you go back to him? I’m shocked.”

That same day, after Evander Kane issued a strong denial that he has been betting on his own games and calling his wife “mentally unwell,” Anna Kane responded by making even more allegations. Among them was a claim that Evander told her he had been counting cards with criminals who threatened to kill his family if she spoke out publicly.

Fast forward to this past Tuesday and Anna was back on Instagram sharing videos in her Stories of her and the couple’s daughter Kensington.

Later in the day, Anna Kane returned to her Instagram Story and once again put Mara Teigen on blast, writing, in reference to the recent rekindled romance between Jennifer Lopez and Ben Affleck, “I’m very happy for the new JLO effect. Back with the old boo. The more she’s around, the less he will bother me.. Love you Mara. Ty so much.” 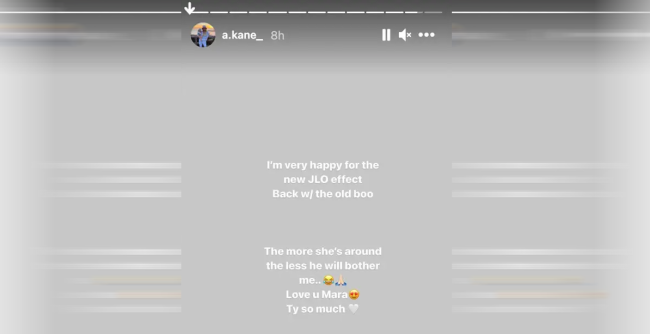 Anna filed for divorce from Evander on July 16 and last week a judge granted one of them a domestic violence restraining order, reports RadarOnline.com. However, court records do not say whether the order was for Anna or Evander. A hearing will take place next month to determine if the restraining order will be made permanent.

Sources close to Evander Kane have told TMZ that he wasn’t seeing Teigen, who he had dated previously in 2014, during his marriage to Anna. It was only after she filed for divorce that they spoke for the first time in over six years.