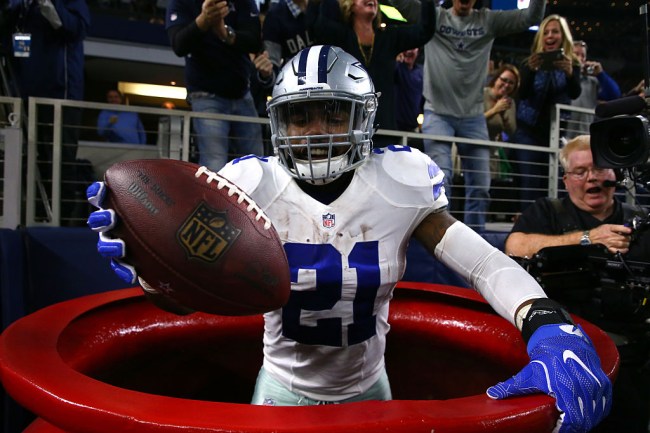 It’s been close to a month since Ezekiel Elliott revealed he was willing to sit out the entire season if the Cowboys refused to give him a new deal, and while Jerry Jones attempted to play some hardball, the team would ultimately give in and make the superstar the highest-paid running back in the history of the NFL.

I honestly have no idea what I would do if I had access to that much cash, but according to TMZ, Elliott has decided to do the Salvation Army a major solid by announcing he’d be donating $100,000 to the charity following the signing to help them build a new facility to assist people in need in the Dallas area.

Elliott has a long history with the organization, as he notably jumped into its signature red kettle after scoring a touchdown back in 2016.

He wasn’t fined for the stunt but decided to make a donation and sparked plenty of other people to do the same (many who whom contributed $21 as a tribute to his jersey number).

He followed that up last year when he scored and celebrated by whipping out some cash before depositing it in the pot.

.@EzekielElliott is getting fed early on Thanksgiving.