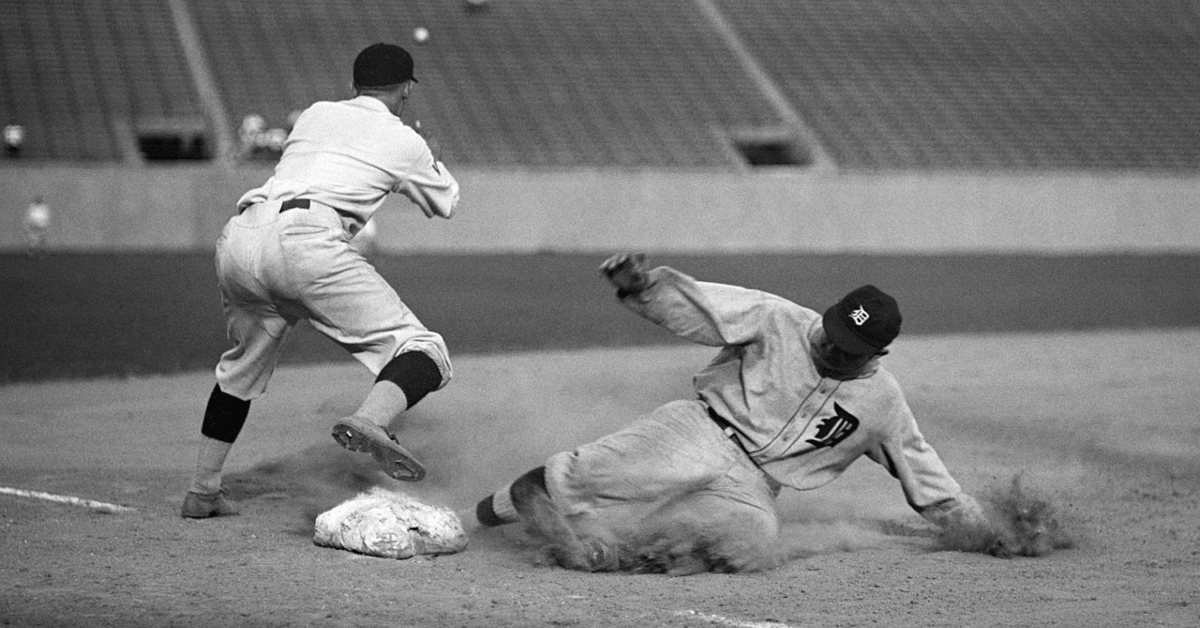 Some people seriously have all the luck and I’ll admit it, I’m super jealous. The jerks that find a pre-revolution document in a yard sale desk or the person who finds a lottery ticket worth thousands, they’re frustrating as hell. However, this unnamed family may top them all.

You may recall, two years ago an anonymous family discovered seven Ty Cobb cards in a paper bag at the house of a deceased great-grandfather. The seven Cobb cards were valued at $1 million and considered one of the greatest finds in the history of sports memorabilia.

“This is one of the greatest discoveries in the history of our hobby.”
– Joe Orlando, President of Professional Sports Authenticator when the unnamed family found the original seven Ty Cobb baseball cards in 2016

Well, the rich get richer in this case. The family was recently searching through the great-grandfather’s stuff and in a dusty old box between two books, lay an 8th rare Ty Cobb baseball card valued at $250,000.

The odds of this happening are beyond insane but only increased by the fact the great-grandfather wasn’t a collector of baseball cards at all, having no idea he would be leaving a respectable-sized fortune to his family after he passed.

“He wasn’t even a collector. He just held on to these cards that were most likely given to him after buying a particular tobacco product.”
– Joe Orlando, President of Professional Sports Authenticator

This 8th card means this family’s findings account for 33% of all known T206 Ty Cobb “Cobb” Cards, of which there are currently 24.

There were about 15 known examples of the Ty Cobb with "Cobb" back prior to the find. Now there are about 22. pic.twitter.com/vdVWR6UCeU

So, one question remains… what do you do when you’ve made $1 million from stuff you found in a paper bag at your great-grandfather’s house then you find another $250,000 hidden gem?

Well, if you’re this private rural-southern family you hold onto the 8th Ty Cobb “Cobb” Card as a memento. That’s right, they’d rather keep the card then cash-in for $250,000 because they’ve already been there and done that.

I gotta say, that’s a baller move. Just as baller as the fact this family, while lucky to find such valuable sports memorabilia, has inadvertently driven down the value of these cards by drastically increasing the number of known cards.