Commanders Trolled By Fans After XFL Reveals Name And Logo For D.C. Franchise 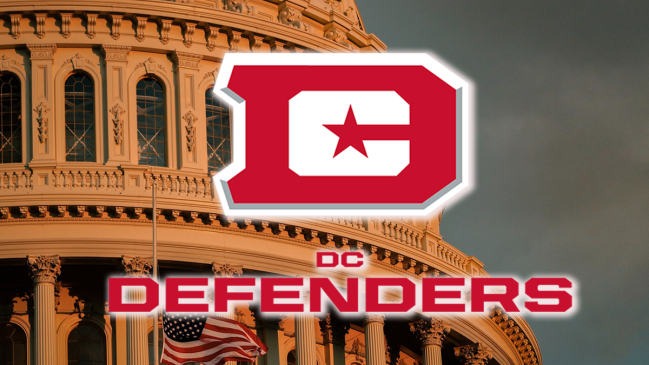 Most people are familiar with the saying “The third time’s the charm,” and while it’s not as common, you may also be aware of an age-old adage that suggests “Death comes in threes.”

The XFL will get the chance to put both of those maxims to the test next year, as the football league that folded immediately after its inaugural season in 2001 and was unable to make it through the first campaign of the ill-fated reboot that kicked off around a month before the onset of the pandemic will be coming back from the dead yet again in 2023.

Dwayne Johnson is an investor in the group behind XFL 3.0 and has been one of its most visible ambassadors so far as he’s attempted to drum up hype for a season that’s currently slated to kick off on February 18, 2023.

The most recent iteration of the league has been able to attract some fairly notable players in addition to recruiting a unique list of names on the coaching front. Over the summer, we learned which cities they’d be calling home, and now, we have our biggest update so far after Johnson and the XFL unveiled the official names and logos for the eight squads that will be suiting up in a few months.

Four of those teams share a city with an NFL franchise—and one of them ended up catching plenty of stray shots after the news broke.

Fans trolled the Washington Commanders after the XFL confirmed the return of the D.C. Defenders

The franchise now known as the “Washington Commanders” wasn’t exactly in the best shape when XFL 2.0 kicked off, but Dan Snyder and Co. have somehow managed to find themselves in some comparatively scalding water since then based on the heat the team is currently being subjected to following a string of scandals.

That preexisting discontent likely played a role in the Defenders establishing a pretty loyal fanbase in 2020 (one that quickly garnered a reputation for being able to construct an incredibly formidable beer snake), and it’s safe to say plenty of people are thrilled to have another Washington, D.C.-based football team to hitch their wagon to.

That includes fans who mocked the Commanders getting for outplayed by an XFL team when it came to dreaming up a team name.

DC Defenders is better than the Commanders. https://t.co/Ih6h56Cun4

The Washington commanders seeing that they're XFL version has a better team name then them https://t.co/cWyXfFaXln pic.twitter.com/HaTdLUCzOu

Incredible that D.C Defenders is a better team name than the Commanders, and Washington didn't come up with it https://t.co/E4JQkB9z84

Others simply took some shots at the Commanders by implying the Defenders are the only real football team in the nation’s capital.

Football back in the District https://t.co/Rn47BNzAKZ

Football in DC, what a cool concept, should’ve thought about doing this a long time ago. https://t.co/lWNnqFe3AM

Oh, and if you thought FedEx Field was immune from catching shade, you were wrong.

The Defenders play in a nicer stadium than the Commanders. https://t.co/6LHUFHlzU2