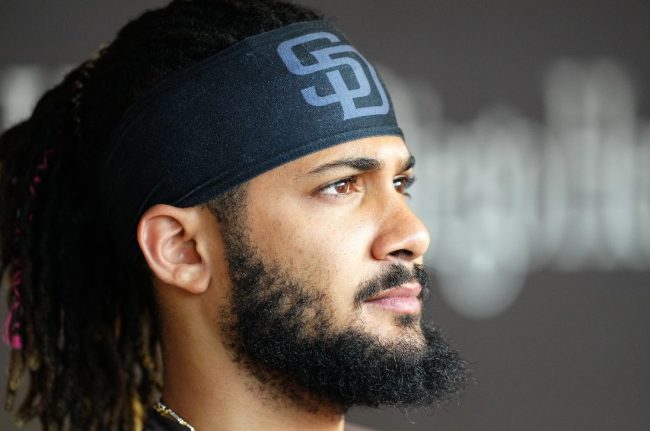 The San Diego Padres have had a decent season after making some big moves in an attempt to win a title. All eyes were on this organization after the front office traded for Juan Soto, Josh Bell, and Josh Hader. However, Fernando Tatis Jr. was hit with a suspension that took him out for the year. Now, the superstar shortstop finally breaks silence about the situation.

Fernando Tatis Jr. Apologizes To Padres After Being Given Suspension

Thanks to Sports Illustrated sharing the video, everyone caught the first glimpse of Fernando Tatis Jr.’s statement since the suspension. The Padres star came off saddened, humbled, and apologetic. As most of his comments focused on apologizing to the club, his teammates, and the fanbase.

Many were angry with Tatis after he was hit with the 80-game suspension. Especially considering the Padres made huge trades to generate a title contender this season. It’s a brutal blow for everyone involved, as San Diego was gearing up to arguably have the best lineup in baseball once he returned.

We’ll see what the public reaction is to the apology. So far it seems sincere, as Tatis potentially ruined his chances of ever making the Hall of Fame. Despite that, he’ll only be 24 years old next season and has plenty of time to redeem himself much like Alex Rodriguez did with the New York Yankees.

Fernando Tatis Jr. will serve most of his suspension this year, which means he is due back to return in the early portion of next season. The Padres will likely welcome his return, where he’ll be playing alongside a monster lineup.