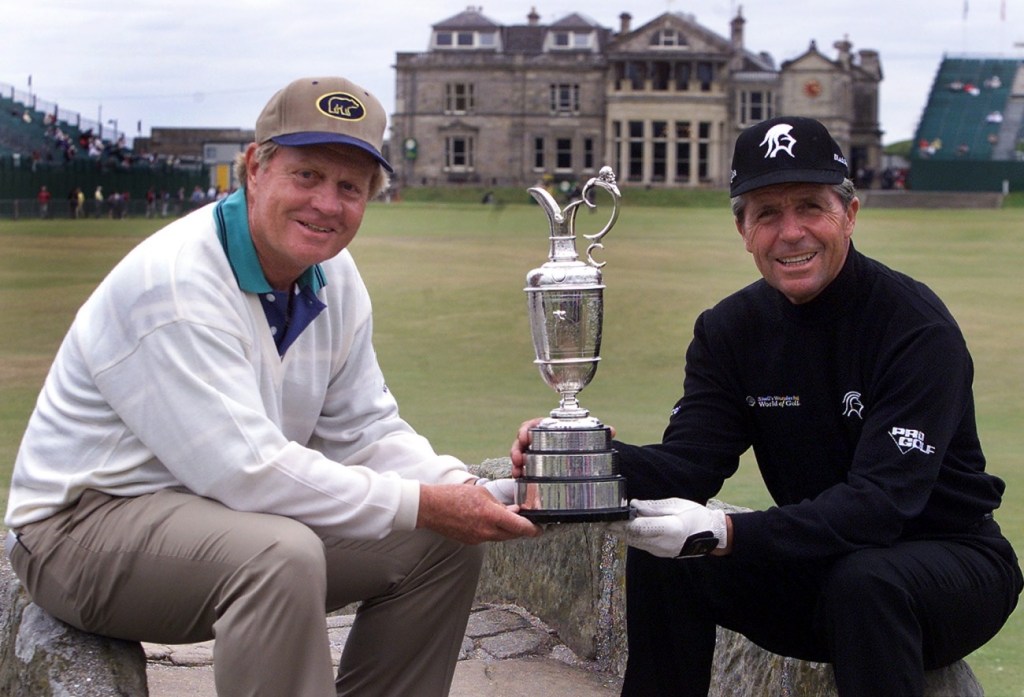 This week marks the 150th Open Championship, golf’s oldest tournament and the last of the four majors this year. It’s hard to overstate how big this week is for the sport of golf.

The sesquicentennial of the Open Championship brings Tiger Woods back to the Old Course at St. Andrews, the oldest and arguably the most historic golf course on planet earth. Tiger will face off against his PGA Tour and DP World Tour brethren and they’ll be joined by the LIV Golf Tour breakaways.

Gary Player is one of five golfers to famously win the Career Grand Slam (all 4 majors) including 3 Open Championship wins (1959, 1968, and 1974). He never won at St. Andrews, the home of golf, but he did recently speak about playing in his first Open Championship at St. Andrews and it was one heck of a story shared with the NYTimes.

The money prize at Gary Player’s first Open Championship win was £5,000. They weren’t exactly throwing out million-dollar checks back then. And Gary Player was kinda broke at the time…

NYT: You slept on the dunes during your first St. Andrews trip, right?

Gary Player: “I leave South Africa with 200 pounds in my pocket. That’s my total asset in the world, and now I’ve got to play the Tour and if I don’t play well, go back home — not like today when you’ve got a sponsor and the guys are making millions and millions.

I arrive at St. Andrews. I don’t have a booking for a hotel. So I go to these hotels — 80 pounds, 90 pounds, 100 pounds. I said, I’ll sleep on the beach. It was a great evening, right where they did “Chariots of Fire.” I went and lay there on the beach with my waterproofs on. I wake up the next day and I find a room for 10 shillings and sixpence, and that’s where I slept.

It was right opposite the 18th green. Now I get on the first tee, and I’m very nervous and the starter says, “Play away, laddie.”
Ray Charles can’t miss that fairway, it’s so wide, OK? So I get up, hook the ball, it’s going out of bounds, it hits the stake, comes back.

Time goes by, I come back and I’m now the youngest man to win the Open. And he sees me, “It’s a bloody miracle! Actually, laddie, it’s a mirage. I can’t believe it’s you. You won the Open!””

Frankly, I’m a bit astonished that hotel rooms would be selling for 100 pounds/night back then. That’d be like rooms selling for £2,235/night right now which isn’t unheard of for 5-star hotels but for tiny hotels in a corner of Scotland? That’s insanity.

The breakaway LIV Golf Tour is the biggest story in golf right now which is a bit sad given that it’s the 150th Open Championship week. Gary was asked about the blowback Phil Mickelson received and he defended Phil. Here’s what he had to say…

Gary Player: “At Augusta this year, you go into the press facility after we opened the golf course. They asked a question about Phil Mickelson. Tom Watson and Jack Nicklaus said nothing. But, no, I’m not going to be like that. Silence in the face of evil is evil.

So there’s now Phil Mickelson, the greatest P.R. that golf ever had. He’s been ostracized because he said something in confidence to a man who’s doing a book. Incorrectly, he said something, which we all do.

We all deserve a second strike. We say in our prayers, “Forgive us of our trespasses as we forgive them.” Are we adhering to that? No!”

Gary wisely believes there will be a time in the very near future when American golf fans are loudly cheering for Phil Mickelson again. He’s one of the most beloved golfers in the history of the sport. I’ve been on the course when crowds went absolutely nuts for Phil as he hit some insane shot that only he’s capable of and my memories of watching Mickelson on the course are only second to seeing Tiger at his peak. It’ll be interesting to watch the shifting sentiment over the coming months and years.